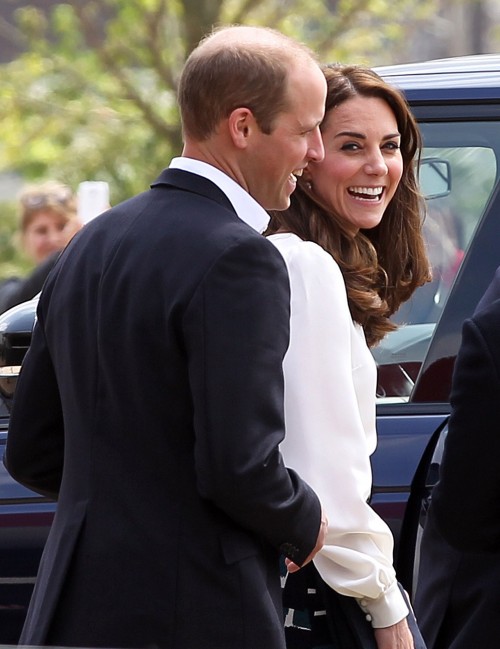 Kate Middleton and Prince William are notorious for not footing enough of the royal workload and the latest news is considered by many on the Internet to be deplorable. Prince William’s 94-year old (and sick) grandpa Prince Philip had to pass on a military engagement and rumor has it that the Duke of Cambridge refused to fill in. Of course Wills has his hands full with Kate Middleton’s alleged eating disorder… but still, royal duties are the ultimate responsibility of the future King!

Critics want to know why neither Prince William nor Prince Harry showed for the Memorial Day remembrance in place of the ailing Prince Philip since it was a military occasion and both Harry and William are currently in the armed forces.

It’s hard to crack down on the UK’s favorite ginger, though, since Prince Harry makes frequent public appearances while Prince William apparently works part-time and otherwise lazes around Anmer Hall living the life of a feckless country gentleman.

The Battle of Jutland centennial event was May 31 in Orkney, Scotland. the site of the largest sea battle of World War I. As a highly respected Naval officer, Prince Philip was originally scheduled to attend the commemoration.

However, Buckingham Palace released a statement a day prior to the event that read, “Following doctor’s advice, the Duke of Edinburgh has reluctantly decided not to attend the commemorations marking the Battle of Jutland tomorrow…”

Instead, Prince Philip and Queen Elizabeth’s daughter Princess Anne, a workhorse for the royal family, attended in her father’s place. But where was the younger generation of royals? Why didn’t they step up in their grandfather’s place?

Turns out that Prince William was at a horse trial picnicking with Kate Middleton, Prince George, and Princess Charlotte instead of paying tribute to the UK military in place of his ailing elderly grandfather.

The Palace said Prince William’s schedule was “private” that day. That means he was “off duty” as a royal. But with such a slack schedule, it seems like the Duke and Duchess of Cambridge are off more than on.

Too bad Prince William couldn’t put on his uniform and hop a private plane up North to show the UK veterans’ families respect for their immense sacrifice. Instead, Wills was eating cake with his posh friends at a horse event.

Princess Diana was a hardworking woman even when she was no longer an “official” royal. She taught her sons better than this. Too bad Kate Middleton seems to be eroding those good habits and replacing them with entitled indolence.

Share your comments below on Prince William and Kate Middleton and stay tuned to CDL for all your Royal news and gossip!