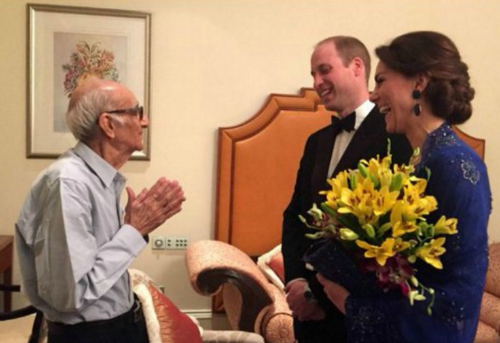 Kate Middleton, Duchess of Cambridge, may soon find herself facing a new controversy that’s much worse than criticism of her slack public appearance schedule – and it ties back to the Taliban and terrorism. Is Kate’s taste in jewelry inadvertently helping fund terror activities?

Global Witness, a group that exposes links between natural resources and armed conflict, yesterday released a damning report titled, “War in the Treasury of the People: Afghanistan, Lapis Lazuli and the Battle for Mineral Wealth” that ties the beautiful blue gem to the Taliban and terror groups.

As shown in the pic above, Kate Middleton wore a pair of large and striking lapis lazuli earrings while on her tour of India with Prince William, but did the Duchess of Cambridge have any idea that her taste in jewelry might be costing lives?

It’s doubtful that she knew but now that this report has been published, let’s hope Kate doesn’t sport those ethically questionable earrings again! The two-year study by Global Witness revealed that mines in Northern Afghanistan supply close to $22 million a year to militia and Taliban fighters.

Lapis lazuli has been mined for more than 6,000 years in Afghanistan and is highly prized. Most of the world’s lapis comes from these ancient mines therefore any jewelry featuring lapis lazuli has the potential to be a trinket that funds world terror.

Global Witness has classified it a “conflict mineral” and recommended that it should be shunned much as blood diamonds have been. According to the report, mining is the Taliban’s second largest source of income and 99% of the revenue goes to terror groups rather than the government. 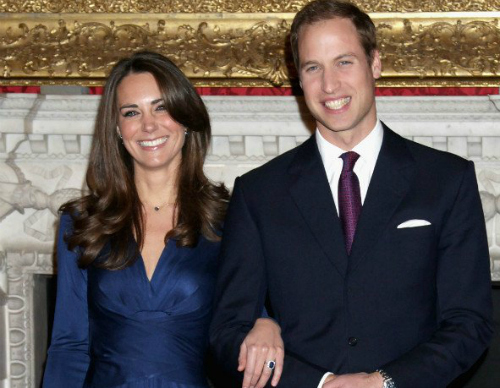 Did Kate Middleton have any idea the “true cost” of the earrings she wore in terms of lost lives? The report was published a month and a half after her return from India and she may have shelved the earrings since it was revealed that sales of the blue stone provide significant funding to the Taliban.

In addition to the profits from the mines going to find terror, the study also found that the locals working the mines were abused and their rights have been taken from them by the powerful (and violent) groups.

Although the earrings complimented the gorgeous royal blue gown that Kate Middleton wore to a Bollywood meet and greet alongside Prince William, they should be banned from her wardrobe after this shocking report.

However, this is not Kate’s only conflict mineral jewelry item. Kate Middleton also wore a lapis lazuli necklace in her official engagement photo (see above) to Prince William as well as matching lapis earrings and has been seen in a coordinating bracelet.

These are pieces Kate wears frequently unlike the overly large ornate lapis earrings she donned in India. But Kate Middleton isn’t the only celebrity to wear now-questionable lapis lazuli jewelry. Jennifer Lawrence, Emily Rossum, Rihanna, Julianne Hough, Jada Pinkett-Smith, Ian Somerhalder, Beyonce, Nina Dobrev and too many others to list.

Will Kate Middleton lead the way and renounce the blue mineral and set aside all of the jewelry that has potentially helped fund terror? Will other celebrities follow suit now that a light was shined on the violence tied to the mining of this mineral?

Share your comments below on this latest royal scandal and stay tuned to CDL for all your Royal news, rumors and gossip!