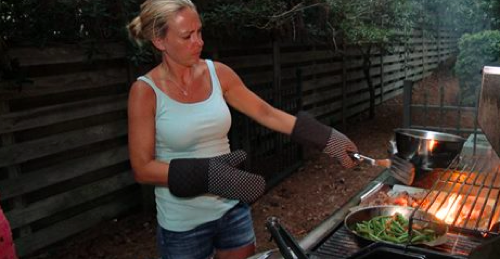 Tonight on TLC Kate Plus 8 returns with an all new Tuesday January 12, season 4 episode 6 called, “School Prep,” and we have your recap below. On tonight’s episode the end of summer means it’s time for the kids to go back to school.

On the last episode, Kate threw a party to celebrate the completion of her new deck. Also: Kate and girls enjoyed a day at the spa; and the boys learned magic tricks. Did you watch the last episode? If you missed it, we have a full and detailed recap right here for you.

On tonight’s episode as per the TLC synopsis, “the end of summer means it’s time for the kids to go back to school, so Kate takes them shopping for clothes and supplies, and they all work together on one more seasonal project.”

Tonight’s episode is going to be filled with the usual Kate Plus 8 drama and you won’t want to miss it, so be sure to tune in for our live coverage of the show tonight at 10 PM EST! What kind of drama do you think will unfold in this fourth season of Kate Plus 8? How excited are you that Kate Plus 8 is back with an all new fourth season? While you’re waiting for tonight’s episode, sound off in the comments below and tell us what you’re looking forward to most this season and from which Gosselin.

Back to school shopping is bad enough when there’s only one child involved but that problem was multiplied by eight on tonight’s episode of “Kate Plus 8”.

Kate needed to get her kids all new things for a new school year. Apparently, she had tried to buy things of quality for them in the past but they didn’t seem to be taking care of them. So now Kate has to start fresh and fortunately for her the older kids had Deanna to keep them busy while she tackled trying to shop for the sextuplets.

Although, things did not get off on such a great start. Hannah got another one of her stress headaches right before they went shopping so the little girl had to rest for a few in the backseat of the car until she was feeling better. And once she was, she ended up being another daughter that Kate couldn’t seem to please.

With Kate’s children, you see, the boys are easier to shop for than the girls because they take less time in making a decision. Though it should be said that all of the children demand to be unique and often that creates problems. They don’t want the same book bag as their siblings because they said they don’t want to be mistaken as matchy twins and that’s ok but most of the time they end up liking the same thing. So basically they leave it to their mother to continuously explain to them that they are actually looking at all the colors available because it really is a small rack.

And after a while the whole thing grows to be so tiresome that ultimately Kate tends to dread shopping for her children. They made it a task for her to find them all bags they might like and then they all six came together to ask for individual water bottles. Yet Kate had said that they already had a collection of water bottles at home and that they never seem to take of either of those. Often they would leave it somewhere or forget to wash it until there’s a funny smelling water trapped inside.

But everytime they see a water bottle, the kids ask for it. Then they wear their mom down with their joint pleading. So that’s what ended up happening. Kate said they could have water bottles and the kids all got upset because they wanted their own and the bottles only came in one color.

So again the younger kids gave their mother a headache. Though they at least were appreciative of her efforts while the older girls hadn’t liked being told that they hadn’t said thank yet. Therefore, they made it a whole big issue about how Kate could always thank herself.

Mady had actually been the one to say that and, like Kate says all the time, Mady comes by her outspokenness naturally. Kate herself is outspoken but she didn’t think she was as blunt as Mady is when she was her daughter’s age. But Kate does admit that she could be wrong.

And later on in the day, Kate decided that she hadn’t gotten her fill of torture and she came up with a nice family project. It seems she’s been wanting to refinish the family’s picnic table so she did some research into it and believed she could pretty much do it on her own if the kids were willing helping her out on the smaller things. So she went and got everything that a website said she needed and refinishing the table turned out to be a tough job.

First there came the sanding part and then using another tool to blow off all the sawdust which would have been easier if Kate hadn’t been terrified of operating it. And then that’s when the project finally drew her kids in. They all helped to repaint the table and they had enjoyed themselves.

So Kate got what she wanted in the end. She got to make a happy memory for her kids but following that one glorious moment – Kate had to take her teen daughters shopping for High School. Apparently it was going to be the first time in their lives when they didn’t have to wear uniforms so Kate knew they had to get outfits they could wear at school and on weekends but the girls were so indecisive that Kate soon began to look for things for herself.

And therefore all three went home with bags of their own.