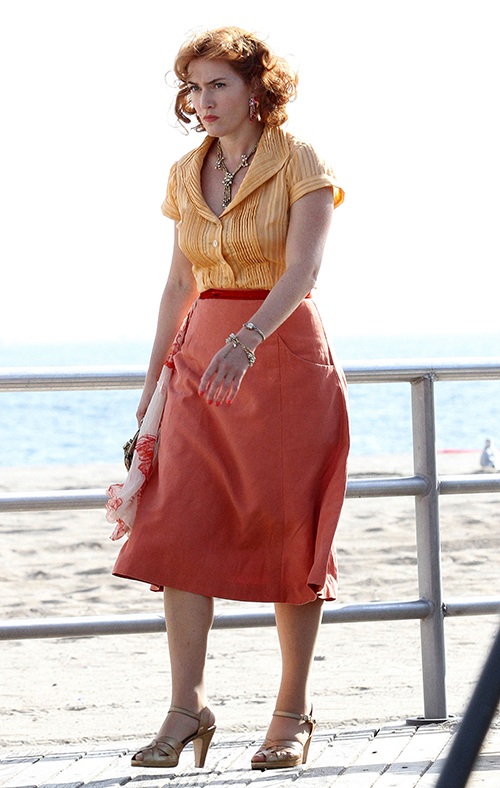 Could another major celebrity divorce be in the works with Kate Winslet and Ned RockNRoll? That’s what critics are wondering as there’s a new report suggesting that Hollywood actress Kate Winslet is fed up with her husband, Ned RockNRoll. In fact, things are so bad between Kate and Ned right now that she’s willing to pull the plug on their four-year marriage.

Kate began dating Ned back in 2011 at Richard Branson’s private resort on Necker Island during the same time a fire famously broke out in the same residence that the actress and her children were staying at. Kate Winslet and Ned RockNRoll began their relationship soon after, with Ned even relocating to New York City from his native England to be with her. He even quit his job as head of marketing promotion and astronaut experience at his uncle Richard Branson’s Virgin Galactic shortly after they tied the knot.

And now sources close to the couple say that their marriage is most definitely on ‘shaky ground,’ as Kate is absolutely fed up with not only being the breadwinner for their family, but having to deal with a husband who simply refuses to grow up, while putting all of their responsibilities on her.

According to Star Magazine’s print edition this week, one insider dished, “Ned is like a little kid, but Kate’s already got three. Nowadays, when you ask Kate about Ned, she just sighs and says, ‘Sometimes I feel like he’s just along for the ride. She shoots two to three movies a year on top of taking care of Mia, Joe and Bear. And when something’s got to give, it’s usually been her marriage.”

It’s no wonder that Kate Winslet is fed up with taking care of an unemployed husband who is most likely just taking advantage of her Hollywood status and stardom to do nothing more than sit around the house while she supports the entire family.

If that weren’t enough, critics have also pointed out that both Kate and Ned have not been seen with one another in public for several months now, further indicating that their might indeed by trouble behind closed doors.

Of course, Kate herself has not made any comments about the speculation, but knowing just how fast she grows tired of her everyday, monotonous relationships, there’s a good chance that she’ll dump Ned sooner rather than later if he doesn’t start making some changes. What do you think, CDL readers?