Kate Winslet Desperate To Have Children With Ned Rocknroll 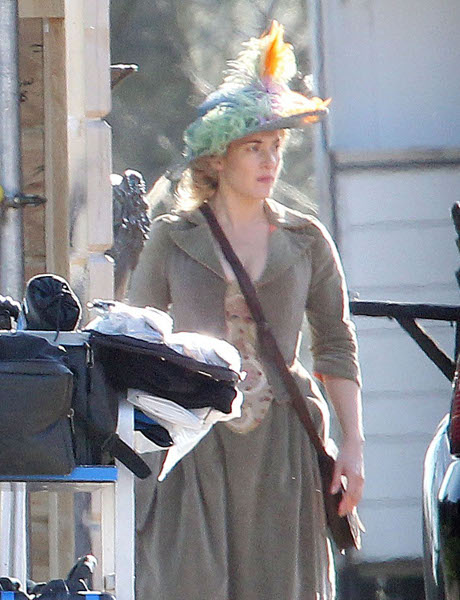 Kate Winslet was recently married to a guy named Ned Rocknroll, which now marks her third marriage. She already has two kids from her previous marriages to Sam Mendes and Jim Treapleton, but Star Magazine reports that she’s already desperate to have her third child with Rocknroll.

A source supposedly close to Kate told Star, “Kate knows how much Ned wants to be a father. She thinks they would have the most adorable kid together, so they’re planning on getting pregnant by the end of the year. Having a child together is her absolute priority.”

Forget everything else, I still can’t believe that Kate married a guy named Ned Rocknroll. Their child’s name is going to be something ROCKNROLL. They will be called — Rocknroll for their entire childhood and teenage years, until they get married [and that too, only if they’re a girl]. I feel sorry for this child already, even though he/she hasn’t even been born yet.

I also completely believe this story. Kate’s always had a knack of getting herself knocked up right before/immediately after her marriages, so this doesn’t seem out of character. Let’s just hope that she doesn’t have yet another divorce, although in this case, that might not be the worst thing in the world.

What do you guys think? Will Kate and Ned Rocknroll stay together? If having a child is her ‘absolute priority’, as the report states, does that mean that Kate will put her acting career on the backburner? She’s filming ‘Divergent’ right now, but she doesn’t have anything major set after that. So will she take that time off to get pregnant and have a child? Let us know what you think in the comments.