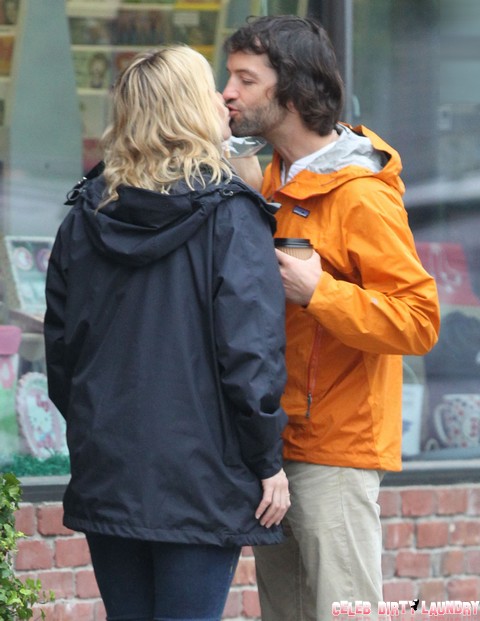 Kate Winslet is married again. That’s about as surprising as people drooling in the wind from alcohol intoxication, but it’s an important moment nonetheless. (We think). Her new husband goes by the moniker of Ned Rocknroll, but before you burst out laughing and kick the cat – it’s not his real name. The 34-year-old business tycoon – born Abel Smith – is the nephew of Richard Branson, works at Virgin Galactic (Branson’s space tourist initiative), and was previously married to British socialite Eliza Pearson. So, not only is he a multi-millionaire with more money than God, he is also very Arthur C. Clarke-meets-Barry White. (We so hoped that their collective celebrity portmanteau would be Rocklet, or Winroll, or Letroll, but alas, no word game on this planet would be able to sum up the awesomeness of this rock star couple)

Luckily he is a trustworthy dude. During Winslet’s whirlwind romance with Rocknroll in the final quarter of 2011, she quickly introduced Rocknroll to her two children from her previous marriages. She is quoted as telling Harper’s Bazaar UK during the time she was linked to Rocknroll, “There’s no way that I’m going to allow my children to be f–ked up because my marriages haven’t worked out. I so wish that that wasn’t the case—that that hadn’t happened in my life. But it has, so I will make the best of it—and I am.”

But how did they meet?

In 2011, when Winslet was still with ex-boyfriend Louis Dowler, she spent a summer at Branson’s Necker Island -during this time the house they were vacationing at caught fire and she had to evacuate. In a true romance story of the ages, Winslet and Rocknroll were soon spotted together post-Sex On Fire, and as they say, the rest is history. They secretly wed in New York City earlier this month and are now as official as a Facebook relationship.

Hearty congratulations to the future Elizabeth Taylor and her intergalactic, interplanetary romance. We hope it lasts longer than space tourism.