BY Latrese Garner on October 23, 2016 | Comments: one comment
Related : Keeping Up With The Kardashians, Reality TV, Recap, TV 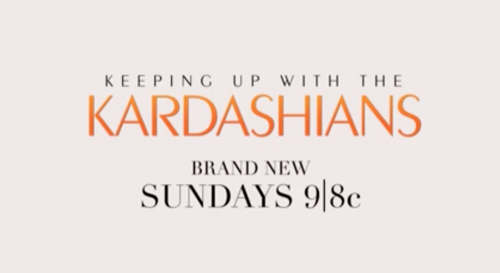 Did you watch the KUWTK summer finale where Kourtney Kardashian was not thrilled about going on a press trip without her siblings? If you missed the episode and want to get caught up we have a full and detailed Keeping With The Kardashians recap, right here.

On tonight’s episode as per the E! synopsis, “In the mid-season premiere, Kim ends up upsetting her mom by helping Cait get ready for the ESPY Awards. Meanwhile, Khloe gets a taste of what her life would be like with bigger breasts; and Scott tries to find a healthy way to pass the time.”

On this week’s episode of Keeping Up with the Kardashians Khloe, Kourtney and Jonathon are playing naughty Charades at her Khloe’s house and having a good time.

Kim is at the premiere of Kanye’s new video “Famous.” She is very excited for her husband. Khloe says “Everyone is going crazy and loving the song.” She says “The video is incredibly controversial and it gets everyone’s attention.” After the premiere Caitlyn calls. Kim tells her “The video premiere was so good.

Has anyone called you?” Caitlyn says “No. I’m in Palm Springs right now.” Kim tells her “You were beautifully portrayed. I’ll send you some pictures.” After she hangs up the phone Kris is talking to Kim. She asks her “How did Kanye choose the people in the video?” Kim tells her “Everyone in the video has had some sort of impact in his life.” Kris seems pretty thoughtful about this. She says “I didn’t realize how much time Kim and Caitlyn had been spending together.”

The next day Khloe is talking to Scott. She tells him “I am so jealous of Kim. I didn’t expect her to bounce back so quickly after having the baby.” Scott seems a bit perplexed. Khloe goes on to explain “When she was pregnant she had no hips or butt, but she has gotten her figure back quickly. When i lost my weight I lost my figure too.”

Later that day Scott is talking with Kris and Kourtney. Kourtney tells them “I am taking the kids and going on vacation for a month.” Kris asks her “Is Scott going?” Kourtney says “No. It’s just the kids and I.” Scott seems a little lost. He says “I am accustomed to seeing my kids every day even though Kourtney and I are not together.” Kris tells him “You should think about this as a vacation and use this as time for yourself.”

The next day Scott walks in on a fragrance pitch meeting that Kim and Kris are having with her publicist to help Kim launch her new fragrance. Both ladies look a bit uncomfortable seeing Scott standing there. He tells Kim “We were supposed to hang out today.” Kris tells him “Maybe I will develop a fragrance for you.” Scott laughs and says “I want something that says I like you, but F off.”

After leaving the meeting he heads over to Khloe’s house where she is hanging out witht her friend. The two women are debating the merits of Khloe getting implants. Scott tells Khloe “I don’t think you should get them, but if you do your body is going to be even more outragous than it already is.” He goes on to make even more outragous comments.

While this is happening Kim walks in and overhears the conversation. She asks Khloe “Why would you even consider getting implants?” Kim says “Khloe has no idea how hard it is to workout with implants.”

Kim and Khloe are riding in the car when the phone rings. It is Caitlyn on the line. She says “Kim I have the ESPY’s coming up and I need your help choosing an outfit.” Khloe says “I can help you too Caitlyn.” Caitlyn laughs and Kim tells her that she would be happy to help.

Scott is driving everyone crazy. He is all over Khloe’s house and she finally reaches her breaking point when he starts prowling through her bedroom and wanting to move stuff around. She tells him “You have got to get out of my house. You are driving me crazy!”

Kim is worried about Khloe’s new obsession with plastic surgery and boobs. Khloe goes and gets prosthetic boobs to practice working out in. She says “I have always admired those girls who had boobs in a sports bra at the gym.” After the workout Kim asks her “How do you feel?” Khloe says “I feel good.”

Kim, Scott and Khloe are over at Caitlyn’s helping her choose an outfit for the awards show. Caitlyn is nervous about wearing the black dress because you can’t wear underwear with it. Kim tells her “You have to be careful because you can see the panty lines through the dress.”

Caitlyn says “I can cut part of it.” Kim is worried about Caitlyn’s ability to accessorize an outfit. She says “Caitlyn will want to wear every accessory in her closet.” When she comes out Caitlyn is wearing a crown and Kim has to fix her up.

Kim, Khloe and Malika are talking about the situation. Kim feels completely guilty for hurting Kris. She says “I want to take mom out to do something totally fun.” Later Khloe goes to meet with a plastic surgeon. She tells him “I don’t want them to be playmate large.”

She also tells him “I don’t want them to be hard.” The Dr. tells her “There is no guarantee of that because scar tissue forms due to the fact that there is a foreign object in your body.”Khloe then asks him “How long should i wait before I work out after surgery?” The Dr. says “At least a month so that scar tissue does not develop.” This does not make Khloe happy.

Later on Kim is talking to Khloe. Khloe says “I am not sure about the surgery, but there is no rush.” Kim agrees.
Kim and Khloe set up a spa day based around the movie Pretty Woman to try to make up for hurting her. Kim tells Kris “We just wanted you to have a fun spa day to make up for hurting you with the situation with me dressing Caitlyn. I didn’t realize how much it still really hurt you.”

Kris tell her “I feel really bad about getting angry at you. i don’t even have anybody to talk to who has been through this like I have. You guys have your girlfriends.” After they make up the ladies decide to go boot shopping on Rodeo drive.