BY Latrese Garner on October 30, 2016 | Comments: one comment
Related : Keeping Up With The Kardashians, Reality TV, Recap, Television, TV 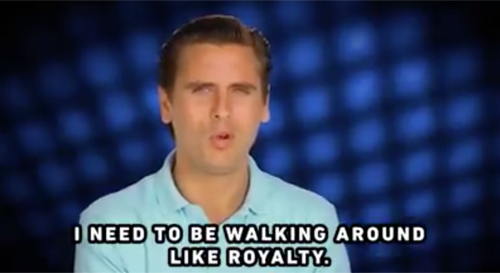 Did you watch the KUWTK Fall premiere where in the mid-season premiere, Kim ended up upsetting her mom by helping Cait get ready for the ESPY Awards? If you missed the episode and want to get caught up we have a full and detailed Keeping With The Kardashians recap, right here. 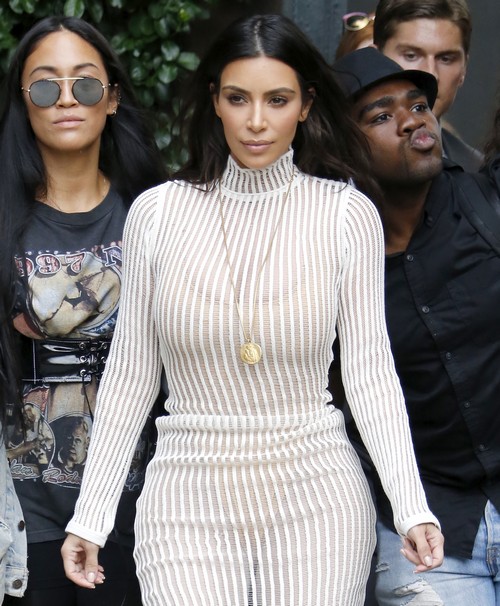 On tonight’s Keeping Up With The Kardashian episode as per the E! synopsis, “The family celebrate MJ’s birthday in San Diego, but can’t escape the drama when Rob doesn’t show up for the party and can’t be found after a fight with Chyna. Meanwhile, Scott resurrects “Lord Disick” after much prodding from the Kardashians; and Kim finds doing North’s hair a struggle..”

On this week’s episode of Keeping Up With the Kardashians Kim brings North to visit the family. Everyone is happy to see them. Kris brings up the idea to go down to San Diego to go see MJ for her birthday. She also suggests that they bring Chyna down with them so that her mom can get to know her. Rob loves the idea. Kim asks “Can I bring the kids?” Kris tells her “Yes absolutely.”

Scott and Khloe are in the car and they are talking. Khloe asks him “How are you doing with the flipping?” Scott tells her “I am having a great time with the flipping, but when I lay my head down on my pillow at night I feel lonely without Kourt and the kids. Knowing that they are across the country and seeing the pictures that she posts and the videos that she sends me are hard because memories are being made and I am not there.”

Kim and her friend Larsa are having lunch. Kim is stressing about how to do North’s hair. Kim tells her friend “North already knows how to get curly hair. She tells me you get the spray bottle and spray your hair and there it is.” Larsa says “It’s really cute that she knows how to do her own hair.”

Kris and Khloe decide to bring out Scott’s old Lord persona to help him out of his funk. When he sees all of the old stuff he says “I never thought you guys liked the old Lord persona. I thought he was a little obnoxious. I was flying all over the world getting in trouble with this persona.” Kris gets excited when she sees Scott all dressed up. He tells her “I didn’t know that you kept all of this stuff.” Kris says “Yep. You guys don’t call me a hoarder for nothing.”

Rob and Khloe are hanging out at her house. She calls Chyna on the phone and asks her “How do you get your thighs to move?” Chyna laughs and tells her “You have to use your legs.” Rob yells out “She’s wearing jeans.” Chyna tells her “You can’t be wearing jeans either.” Khloe laughs and the two women make arrangements to get together to work on the movements. After they get off the phone Khloe asks

Rob if he is going to go on the trip to San Diego. Rob tells her “I don’t know. I don’t really feel that comfortable because I don’t have clothes that fit.

Scott is back in London determined to bring out the old Lord Disick persona. He is shopping for clothes with his old friend to help revive the old persona.

Kim and Khloe are hanging out with the kids. Khloe tells Kim that Rob is not coming to San Diego due to the issues with his wardrobe. Kim calls him and tells him “If you aren’t comfortable with your wardrobe we can get you a stylist and help you with your wardrobe. I just don’t want you using this as an excuse because you never know how many birthdays your grandmother has left.” Rob says “I just get tired of wearing sweat pants, a black shirt and sandals.” Kim tells him “Let me see what i can do for you.”

Later that day Kim meets with a braid expert to help her learn to braid North’s hair. She feels overwhelmed with learning the technique until the lady tells her “I can give you one of the mannequins to take home to practice on and then the next session we can continue working on it.”

Scott meets up with Kim and she asks him how London was. Scott tells her “I had a great time. I am honestly thinking about buying a plane.” Kim asks him why. He tells her “I’m over cars. Been there done that. A plane is the next step up.” Kim is concerned. She says “We didn’t send Scott to London to buy an airplane. We just wanted him to find some of that old personality.” Scott also tells her “I am thinking about chartering a private plane to San Diego.” Kim tells him “That is going overboard.”

Khloe is with Rob trying to help him find new clothes for the trip to San Diego. He is still hesitant and tells her “Honestly I feel more comfortable with just sweat pants and t shirts.”

Kim is hanging out with her friends and working with the mannequins on braiding their hair. She is still frustrated with the fact that she isn’t able to braid North’s hair. Later Kim is with Scott and she sees that Rob has deleted all of his social media. She tells Scott “Rob has deleted all of his social media and it says everywhere that he and Chyna have broken up.” Scott says “Maybe you should try to call him” Kim agrees and when she tries to reach her brother the call goes straight to voicemail. Kim says “I guess I could try and call Chyna.” When she reaches the other woman Chyna tells her “Rob is doing this for a reaction. I am trying not to get stressed out about it because it goes straight to the baby.”

Khloe, Kim and North arrive in San Diego. Kris is there and she tells them “Just so you know Chyna is going to meet us at the restaurant.” Khloe is really frustrated with her brother’s behavior. She says “If he didn’t want to come he should’ve just been honest and told us that.” Later that day at dinner Kris tells her mom “Rob is not coming, but Chyna is.” Her mom is shocked and says “If anyone should’ve come it should’ve been Rob.” Kris says “Well we are just going to look at the glass as half full.”

When Chyna shows up everyone is happy to see her. Kim asks her “Have you talked to him?” Chyna says “No.” They try to text him while they are sitting at the table only to discover that he has blocked everyone including Chyna. Kris’ mom is really impressed by Chyna’s gift. Kris is really upset that Rob didn’t come down, but she says “My mom had the best birthday and the majority of the family is here. That’s what matters.”Khloe and

Khloe and Kim decide to christen Scott Duke Disick. He is amused mightily by this. He says “I appreciate that they noticed and that they cared enough to want to get me out of my funk.”
The girls are hanging out and talking about the situation with Rob. Khloe says “It’s crazy how he’s acting. He can’t just run away from his problems.” She asks Kim “Would you be happy if Kanye disappeared for five days without calling?” Kim says “No way.” Khloe says “He has a family to answer to now.”

Kendall does make it down to San Diego in time to go to the races. Kim manages to get North’s braids done and she is proud of herself. Once everyone is k ready they all head down to the races.
Scott shows up in a pink overcoat. He tells them “I am throwing away the Duke. I am going to stay the Lord and I just wanted to thank you all from the bottom of my heart.”

When everyone returns to LA Rob magically reappears. Kris asks him “Rob why did you not come to San Diego?” Khloe wants to know why he disappeared. Rob says “I didn’t want to hear anything from anybody so I chose to block everybody.” Kim says “Why didn’t you come to San Diego?” Rob says “I went to Vegas with my friends.” Kim says “Why didn’t you tell any of us?” Rob says “Because I didn’t want all of you being so over dramatic and showing up in my bedroom wondering what was wrong with me.” Khloe asks him “Why did you go to Vegas?” Rob tells her “Because Chyna and I had a disagreement. I push her buttons and she pushes mine.” Kim asks him “Are you two all good now?” Rob tells her “Yeah we’re good now. We made up.”