Keeping Up With The Kardashians Recap 1/24/16: Season 11 Episode 10 “Miscommunication” 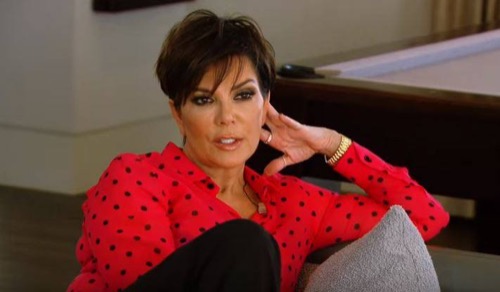 Keeping Up With The Kardashians returns tonight with an all new Sunday January 24, season 11 episode 10, called “Miscommunication” and we have your weekly recap below. On tonight’s episode,  Kourtney Kardashian goes to Kris Jenner for some much-needed relationship advice. Kris signs herself and the girls up for communication therapy in hopes of putting an end to their continuous bickering.

On the last episode, Kris encouraged her daughters to take a genetic test to determine their risks for cancer, but not everyone was on board. Meanwhile, Kendall struggled to find a balance in her relationship with Caitlyn; and the family help Scott, who hit a low point while Kourtney was out of town with friends. Did you watch last week’s episode? If you missed it, we have a full and detailed recap right here for you.

On tonight’s episode per the E! synopsis “Kris signs herself and the girls up for communication therapy in hopes of putting an end to their continuous bickering, but her plan backfires when she misses one of the sessions. Meanwhile, Kylie feels her family’s bossy ways are getting in the way of her new home celebration; and Khloé struggles to finish her book in the face of so many work commitments.”

Don’t be fooled by the harden momager look. Kris Jenner is capable of doing something particularly sweet for her youngest daughter Kylie and that’s what she did on tonight’s all new episode “Keeping Up With The Kardashians”.

Kris had apparently gone out of her way to get the young woman boxes, as in more than enough to fuel a sugar high, of her daughter’s favorite donuts. They had been ome good old Krispy Kreme(s) by the way. And the two women had then gone on share a box with Kylie’s gardeners outside.

Kylie was still fixing up her house after all and so she had many things to finish. First it was the garden and then later her mom took her out shopping for fixtures. Which can be a big thing, especially in their case, because they both ended up falling in love with a sink that was admittedly to die for as well as the smart toilet.

Not only was the smart toilet able to warm itself up but it also had retractable bidet function so that it could “keep the sitter feeling clean”. So Kris asked for two of those and she went on to tell her daughter that she couldn’t go shopping with her again. It seems that when she does she ends up spending money on herself and oddly she hadn’t been counting on that.

But as it turns out, nothing in this world is free even if you take it from your own daughter. Kim you see had earlier bought up a bunch of slabs of marble for this house that she thought she was going to move into. And when that hadn’t happened, her mother had eventually commandeered ten slabs for herself. Which Kris then used in her own bathroom.

So now that Kim has found another house to move into, she wants the money for those slabs. She had later told her mother that no one could find anymore Calcutta Gold marble in the states and so she was charging her mother because it was going to set Kim back if she had to rearranged her entire bathroom scheme. Because she wanted the whole house to have only one type of marble.

And so Kris said she was going to find the extra ten slabs of Calcutta Gold marble. Yet she also made a point about how she’ll be able to find some in the states because she’s just that good so that kind of led to a bet being placed. Kris bet Kim that she would find the elusive marble in the states and if Kim loses this bet then she’s going to have to pay her mother 1 million dollars.

Though Khloe had an actual concern. In fact, she was finishing up her book “Strong Looks Better Naked” on tonight’s episode and it seems that she had run into some trouble. Namely writer’s block. And it was kind hard of to focus on her writing, when she had her sister constantly in her ear. So Khloe had to ask for some alone time just so she could meet her publishing date.

But for some reason, Kris still chose to book her for events that Khloe didn’t necessarily have the time for. So a full day events as well as hours in the makeup chair had eventually taken its toll on the younger woman’s disposition. And Khloe ended up having an awful argument with her mother.

Khloe you see had accused the other woman of overbooking her and she had even demanded for Kris to cancel a few things. However, when Kris tried to point out to Khloe that they had talked about the events beforehand, Khloe then flipped on her. She said she didn’t agree to anything and she had started to curse at her until the older woman decided to drop some of the events they were arguing about.

And to be honest, Kris had been upset by her conversation with her daughter. So she had asked Kourtney for help and Kourtney had told her about this friend from college who now works in communications. This friend apparently could help the ladies in how they speak with each other and so Kris had asked the girls to all sit in on a meeting with her and Kourtney’s friend.

Yet Kris had forgotten about the meeting and therefore she had missed the breakthrough that the others had talked about. Like how Kris wasn’t the only one to notice that something was up with Khloe’s personality lately. And the maneuvers they learned that could help them in the future.

So of course the girls called their mom on that one. It’s not like she can complain about their communications skills when she’s the one that didn’t even show up to the very same meeting she helped set up.

And in case it seems like they have forgotten Scott, they haven’t. They just can’t help someone who refuses to help himself.

Kourtney’s family had reached out to her following that bizarre phone conversation with Scott while she had been away. And she had advised them at the time to call the police but otherwise Kourtney doesn’t appear to be taking the phone call seriously. In her mind, Scott couldn’t actually be in danger of doing something to himself if he made one strange phone call and then went out partying.

Although, the others are pretty concerned that the partying is only worsening Scott’s depression and not alleviating it. Scott has been falling apart since his parents have passed away and rather than relying on friends and remaining family to help him work through his issues – he began to push them away. And started to hang out with hanger-ons. You know the same time of people that would sell him out in a second to TMZ if they realized they couldn’t mooch off of him any longer.

So Kourtney feels like there’s not much she could do and technically she’s right. But while Kourtney could see that Scott needed to stand on his own two feet, she failed to offer Kylie that same kind of respect. Kylie’s home you see was nearing completion and Kylie wanted to throw her own hose warming party though Kourtney didn’t think that Kylie could.

Kylie was still very much the baby of the family and so Kourtney found herself giving unwarranted advice. Such as hiring caterers and throwing a party out by the pool. And all of those suggestions had forced Kylie into putting her foot down.

She said she didn’t want to have an extravagant party like her family has done in the past. So she had a small gathering at her house. However, out of nowhere, her sisters got into a food fight around all of her all-white furniture.

So the girls soon found themselves evicted not long after that.

Though in the end, Kim and Kourtney did get revenge on their mom for missing the communications meeting. They showed their mom how much she has missed and they did so in the most embarrassing way possible. Through pies in the face and a dunk chair!