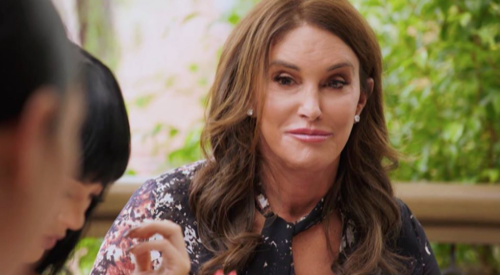 Keeping Up With The Kardashians returns tonight with an all new Sunday February 14, season 11 episode 12, called “Family First” and we have your weekly recap below. On tonight’s episode, Khloé struggles to find a balance between supporting Lamar and returning to her daily life.

On the last episode, Kim lead the planning for a grand 60th birthday party for Kris but was afraid she may had taken on too much at nine months pregnant; Scott finally went into rehab, but only time will tell if he was ready to change. Did you watch last week’s episode? If you missed it, we have a full and detailed recap right here for you.

On tonight’s episode per the E! synopsis “the girls recreate a legendary family video as part of Kris’s epic 60th birthday bash; Khloé struggles to find a balance between supporting Lamar and returning to her daily life; and Kendall receives an amazing opportunity, but worries that being a Kardashian will get in the way.”

Khloe is sill struggling to deal with Lamar’s overdose and the aftermath. She is tired of not being able to live her life the way she did before he overdosed and it is frustrating her. Kendall understands her struggle because her husband Scott is in rehab and she is getting ready to go to therapy with him. Kendall doesn’t see the point in rehashing the same things in therapy when it hasn’t helped before.

Khloe is angry and frustrated because she wants to go back to living her life the way she was before the overdose. She worries about what people will think if she decides to go back to work and resume her normal activities.

Kim sets up a dress fitting for Kris so that she can find outfits for the party. The girls come over to help Kris pick out her outfit and everyone has a blast.

Kim and Kendall have lunch with Caitlynn and to celebrate her birthday. Kim tells her that Kendall will be walking in a Victoria’s secret fashion show. Caitlynn says that she will go to the fashion show and support Kendall. They ask her how it feels to be sixty one and he tells them that he is 1 year old. She tells them that “she is a new person and this is her first birthday.”

Khloe is still dealing with the stress of the situation with Lamar. She tells her sisters that she is dealing with so much stress because she Lamar’s power of attorney and she has to make all of the medical decisions for him. Khloe struggles with anxiety at leaving Lamar in the hospital.

Kim asks Kendall how therapy was going with Scott and she tells her that things are going better and she is happy to see Scott improving.

The girls are rushing to get the video done for their mom’s birthday and Kim tells K that she is being selfish and slowing them up. This upsets Kylie and she jumps out of the car they are using for the shoot and runs off.

When Kim goes to find Kendall and asks her what’s wrong she tells her that she is upset over the stuff with Tyga and the fact that it is her birthday.

Kris confronts Kim about telling Caitlynn about Kendall’s Victoria secret shoot. She tells her that “Kendall didn’t want anyone else in the family to go and sit in the audience to take away her spotlight” Kim tells her mother that Caitlynn is going and Kris tells her that “It’s because you opened your big mouth and now if Caitlynn goes and sits in the audience she will just die.” They call Kendall and ask her if she really doesn’t want any of their family members there. Kendall says that she “wants everyone there, but thinks it’s best that no one be there. Kendall says that “she doesn’t want to deal with this on the night of her birthday party.” and asks if they can deal with it later. Kim laughs and tells her that “Kris is just upset because Caitlynn got a ticket and she didn’t.”

Kendall’s birthday party is a huge success. She wants Kylie to be there but because of the drama between her and Tyga she is afraid that she won’t show up. When Tyga and Kylie see each other they end up getting back together.

Kendall calls her dad and asks her if her publicist leaked the story about Caitlynn going to the Victoria’s secret show. She tells him that she doesn’t want him at the show because it would take the attention away from her and that she can come to the after party instead. Kendall tells her dad that she can come if she comes in the back door and doesn’t say anything.

The girls are getting made up and Kendall is upset when she hangs up the phone. Khloe asks if Kendall is ok. Kendall is frustrated and she feels like her dad tried to manipulate her into letting her go. Kylie says that “no one else is going.”

As the sisters head to the party Khloe is still struggling with worrying about Lamar but she says that she is not going to stress and have a good time. The three sisters worry as to whether or not Kim has left their mom’s house yet. Kendall says that “she is supposed to be gone by now.”

Kris is anxious to leave for the party, but Kim is still trying to get into her dress. When Khloe, Kendall and Kylie arrive at the party they are happy to see everything looking beautiful and people having fun. Corey and Kris are making their way to the party.

Khloe feels overwhelmed because everyone is asking her about Lamar so she drinks champagne to ease her anxiety.

When Kris arrives at the party she is happy and excited to see what her daughters have planned for her birthday. The girls show the music video she made thirty years ago and then it turns into the video that they shot for her. Kris is super pleased and impressed at the thought her daughters put into remaking the video. Kim says that “she is so grateful for her mom and everything that she has done for their family.”

Kris gets up on stage and when her speech gets a little long and boring Khloe cuts her off. Kanye West and Charlie Wilson perform at the party. Kendall decides to leave the party early because she has the Victoria’s secret fashion show.