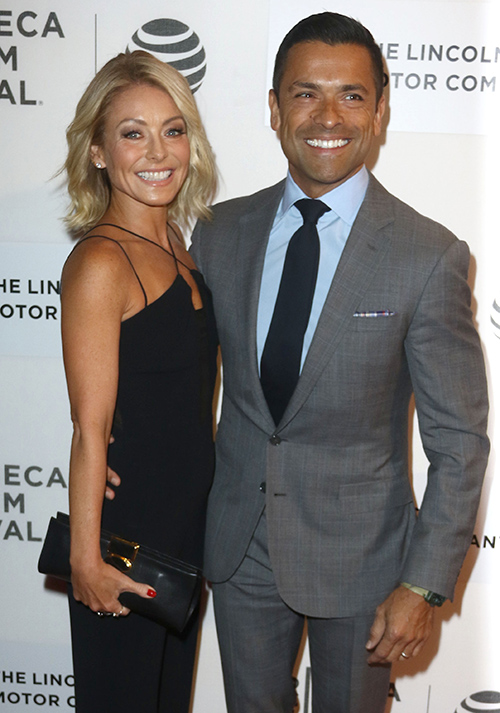 Following Michael Strahan’s shocking exit from “Live! With Kelly and Michael,” things are looking quite bad for the popular morning talk show. Just a day after ABC divulged Michael Strahan will exit the show, co-host Kelly Ripa disappeared. Strahan, accompanied by substitute host Ana Gasteyer, made an appearance instead.

Gasteyer is best known for portraying Sheila Shay on the ABC sitcom, “Suburgatory.” ABC announced Ripa will be gone through at least Monday. Strahan was joined by “Dancing With the Stars” co-host Erin Andrews as a guest-host on Thursday and also filmed Friday’s show in advance, already slated to be pre-taped. Canadian actress, Shay Mitchell, who is best known for her role as Emily Fields in “Pretty Little Liars,” will be the guest-host with Michael Strahan on Monday.

A show spokesperson noted Ripa is out of pocket Friday and Monday for an already scheduled time off. Surprisingly, there was almost no mention of Ripa’s no-show on Wednesday, except for Strahan briskly noting, “Kelly’s off today,” at the top of Wednesday’s show, as the former NFL star introduced the substitute host to the audience.

That said, reports on TMZ hint Disney might never be able to win Kelly Ripa back. Kelly is furious over Strahan’s shocking departure from her show. We obviously can’t blame Ripa for feeling disrespected by Disney’s head honchos as she was blindsided by Tuesday’s revelation.

Michael Strahan is set to shift assignment on ABC’s morning line-up, leaving “Live: Kelly and Michael” in September to become a co-anchor on “Good Morning America.” Kelly found this out at 10:30 a.m., about the same time Disney made the announcement.

Kelly was not contacted by Disney CEO Bob Iger or by anyone else from Disney for that matter. According to TMZ’s ABC sources, nearly everyone on the show, and Kelly herself, feel Disney has clearly conveyed to the world they don’t really care about “Live: Kelly and Michael,” and is simply concerned about breathing life into “GMA.” It has lost a large number of its audience in the past few years.

Kelly and virtually everyone on her show may not be wrong, as reports on TMZ hint Disney is seriously considering about giving “Live” the boot at 9 a.m. and add a third hour to “GMA.”

Considering Strahan has established himself in the 9 a.m. time-slot, adding a 3rd hour to “GMA” might just be the most logical move.

No doubt, Kelly Ripa, who replaced Kathy Lee Gifford in the show in 2001 has a loyal following of her own, but considering how angry Kelly was following Strahan’s exit from the show, it looks like her absence from the show will be an extended one.