Kendall Jenner Wants To Be The Next Bachelorette? 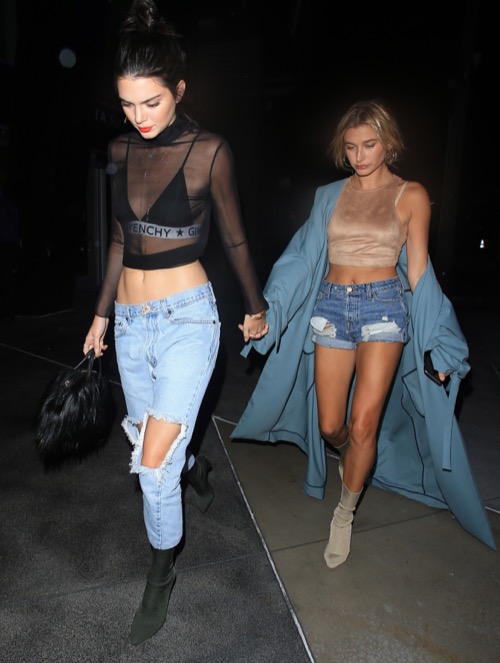 Is Kendall Jenner looking to be the next Bachelorette? Kendall Jenner is one member of the Kardashian and Jenner clan who has managed to stay out of the headlines for her scandalous relationships and barely-there social media photos. Well now it looks like the aspiring supermodel is tired of being called ‘the dull one’ in the family as she desperately wants to find a boyfriend on the hit reality dating show, ‘The Bachelorette.’

Kendall Jenner has spent the last few years distancing herself from her family’s own reality television show, ‘Keeping Up With The Kardashians’ while pursing a career in runway modeling by attending fashion week shows in Paris, Milan and of course, New York City. But is Kendall Jenner ready to go back to the small screen to find true love after making so much effort shed her reality television star image so she could be taken more seriously in the fashion world.

In an interview with Vogue Magazine, when asked what television show she would love to make a cameo on, Kim Kardashian’s younger sister quickly replied with, ‘The Bachelorette.’ And considering how Kendall Jenner hasn’t had a boyfriend or been in a steady relationship in well over two years, she would be the perfect candidate for ‘The Bachelorette’ with potential suitors vying for her attention on the show.

Of course the only person who would not be happy seeing Kendall Jenner on ‘The Bachelorette’ is her mother, Kris Jenner. This would conflict with the ratings for ‘Keeping Up With The Kardashians’ as more viewers would no doubt be tuning in to see Kendall Jenner find love on ‘The Bachelorette.’ Plus, with weak story lines and waning interest in the Kardashian family these days, Kris Jenner is desperate to stir any kind of drama before her show ends up getting canceled by the next season.

So far Kendall Jenner has not made any additional comments about her ‘Bachelorette’ dreams but now that her fans know she’s interested, there’s no doubt that they will lobby to see her as the next Bachelorette on the show. Plus, if Kendall Jenner did end up finding a fiancé, it would help put her back in the headlines right next to her sister Kylie Jenner and of course, Kim Kardashian and the rest of the family.

Tell us CDL fans, do you think Kendall Jenner should be the next ‘Bachelorete.’ Will this anger Kris Jenner, knowing that her own daughter would rather be on a different reality television show than her own? Let us know your thoughts by dropping us a line in our comments section below. Come back to CDL for all your The Bachelorette spoilers and reports.