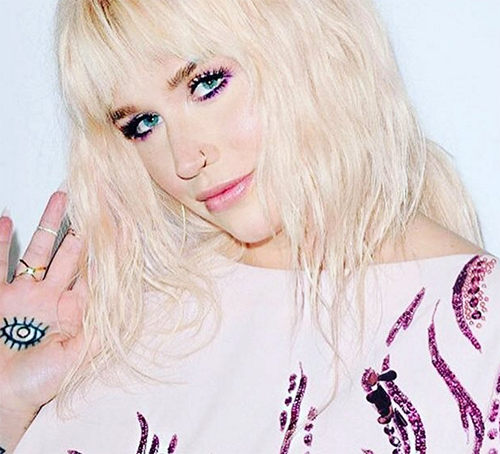 Kesha was supposed to perform at the upcoming Billboard Music Awards, but dearest Kesha was sidelined and kicked to the curb by none other than the villain in question, Dr. Luke, aka Lukasz Gottwald. Now, if you haven’t been following the news, and/or you are stuck in a Doomsday bunker with news magazines from 2000, here’s the sordid update: a lengthy court battle between Kesha and Dr Luke led to an even lengthier public tête-à-tête between producer and singer.

According to recent news reports, Dr. Luke’s record company, Kemosabe Records (it means insane producer in La La Land language), stopped Kesha dead in her tracks when she got slated to perform at the Billboard Music Awards.

The music industry consists of autotuning, Scientology-esque contracts, and bitches bitchier than all the Real Housewives put together in an Omarosa Manigault Stallworth mixer. Unfortunately for Kesha, she fell into the transparent cracks and cried in court with Lady Gaga by her side. No one listened, which is a shame on the music industry. Kesha is an artist, and even though she’s not the next Jackson Pollock she does have at least a couple of okayish songs up her pop sleeve.

Kesha allegedly received written approval from Dr. Luke’s record label, but for some hellish (read: conniving) reason, Kemosabe Records decided to “rescind their previous written approval.” The statement reads, “Unfortunately, Kesha and Kemosabe have since been unable to come to an agreement for Kesha to perform on the show. Dick Clark Productions has a long standing relationship with Kesha. We hope that the parties can come to an arrangement such that we can continue that long-standing relationship with a performance by Kesha on the Billboard Music Awards stage on May 22nd.”

And that’s how you spell A-W-K-W-A-R-D. What does the future hold for the forlorn Kesha? She can’t move her face without permission from Dr. Luke. In fact, we don’t think Kesha is even allowed to breathe. She’s under contract for the next billion years or something. Dr. Luke needs to chill out a wee bit and allow his “artist” to perform and promote herself without fear of reprisal.

But hey! This is the music industry. Anything is possible. Just look at Milli Vanilli. And Barry Manilow. What do you think? Should Kesha be allowed to perform? Let us know your thoughts in the comments below.