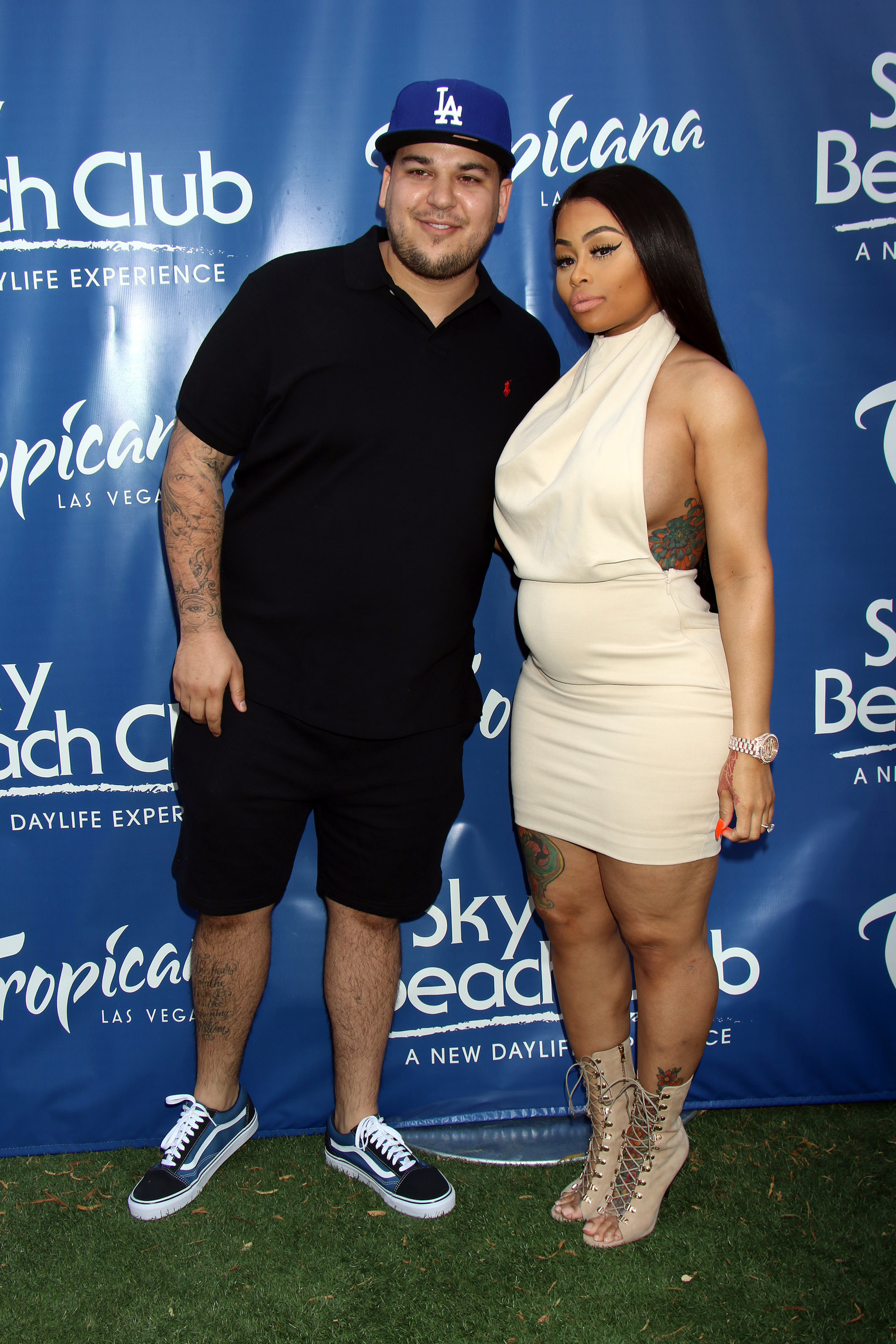 No one in the Kardashian clan can make sense of why Rob didn’t tell them he was planning on proposing to Blac Chyna but it’s likely because none of the Kardashian crew seem to like Chyna and feel she’s only dating their brother for his money.

Out of all the Kardashians, Khloe Kardashian seems to harbor the most resentment toward Rob. On the most recent KUWTK episode, it was clear that Khloe thinks her brother is a weak link and should be kicked out of the family.

That’s a strong response to something Rob did that really wasn’t any of his family’s business. After all, it’s Rob Kardashian’s business who he dates (and proposes to) and what he tells his Kardashian and Jenner sisters is up to him.

We’ve seen on Keeping Up With The Kardashians over and over how the entire family thinks they need to be in each other’s business constantly. This situation appears to be no different. Khloe, however, wants to take things farther.

In a clip from the latest episode, Khloe Kardashian admitted that her brother hasn’t said a word to any of them about the surprise proposal. It’s no secret that the Kardashians dislike Rob Kardashian’s fiancé and future baby mama Blac Chyna.

But this is not new drama. In fact, the Kardashians and Blac Chyna have feuded on and off for some time since Chyna is also Tyga’s baby mama and he’s been on again, off again with Kylie Jenner for quite a while.

It will be interesting to see how Keeping Up With The Kardashians addresses the discontent over the engagement. Has Blac Chyna turned Rob’s family against him permanently? Can Rob smooth things over with his family?

But it wasn’t just Khloe that flipped – Kris Jenner asked her family, “Did you see what she wrote about how we weren’t invited to the wedding?” Wow, that’s some serious family diss drama.

Why would Rob Kardashian be so rude to his own family by not sending them an invitation? What will future episodes reveal about their turbulent relationship? Can this rift between Rob and his family members be closed?

What about when their baby is born? Will Rob and Blac Chyna allow the Kardashians to be in its life? What about Grandma Kris? Kim? Kourtney? And yes, Khloe, even though she wants her brother exiled?

But did Khloe Kardashian go too far for Rob Kardashian and Blac Chyna to forgive her? Khloe said on camera, “Rob is a f-ing p-ssy” for getting engaged without telling them.

Then again, Khloe has gone after every single one of her family like that at one time or another. Honestly, it’s a pretty drastic move on Khloe’s part to want Rob out of the family, particularly when he was there for her when she went through so much with Lamar.

Perhaps she could be more forgiving of her brother given her own past relationship troubles? What do you think Kardashian fans? Share your comments below on the Rob and Blac Chyna engagement controversy and Khloe’s over-the-top reaction.

And be sure to check back with CDL often for the latest celebrity news and gossip.