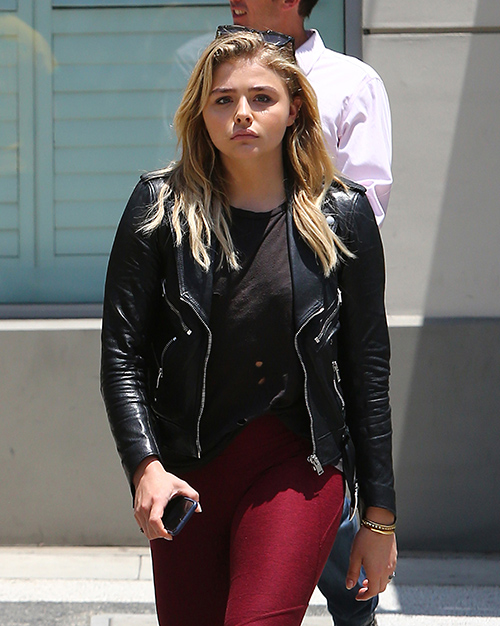 It all began when Kim Kardashian defended Kanye West’s decision to name drop Taylor Swift in his song, ‘Famous,’ revealing that the chart topper gave her blessing to have her name in the lyrics all along. Of course, Taylor Swift’s PR team has been denying this for months now, and that’s why Kim Kardashian’s Taylor Swift tapes have the singer reeling, as she was single-handedly caught lying about the whole ordeal.

Of course, many famous friends have added their two cents about the whole debacle, including Taylor Swift’s best friend Selena Gomez and actress Chloe Grace Moretz, who has had her fair share of Kardashian drama over the years.

Just like Selena Gomez, Chloe Grace Moretz simply suggested that people concentrate on the more important matters that are happening in the world right now by writing on Twitter, “Everyone in this industry needs to get their heads out of a hole and look around to realise what’s ACTUALLY happening in the REAL world. Stop wasting your voice on something so petulant and unimportant.”

Khloe Kardashian quickly took to her Twitter account to respond to Chloe Grace Moretz with a scandalous X-rated photo of the blonde actress in a red bikini that is graphically exposing her behind. “Is this the a hole you’re referring to @ChloeGMoretz ???” Khloe Kardashian wrote in the caption.

Chloe Grace Moretz then responded with, “@khloekardashian fact check: first photo is me filming my movie Neighbors 2, the second photo is some girl who was wrongfully photographed.”

But unfortunately for Khloe Kardashian, the damage was done as she was quickly blasted for being an online bully. Australian actress Ruby Rose defended Chloe Grace Moretz by writing, “Yo Khloe I thought you were rad (cool) when I met you but this is awful and this is a 19 year old girl. Nobody likes being bullied or made to feel worthless.. Yet so many people will go above and beyond to make others feel that way.”

Unfortunately, it doesn’t look like the Kardashian family onslaught is going to end anytime soon. as Kanye West is yet to even comment about any of the drama. And knowing the rapper, he wont’ be staying quiet for too long, especially when it comes to Twitter rants.

But tell us CDL readers, what do you think? Are Kim Kardashian and Khloe Kardashian bullying Taylor Swift and Chloe Grace Moretz in their Twitter feuds here? As many critics have pointed out, Khloe Kardashian is a 32-year-old woman who is unnecessarily trying to embarrass a 19-year-old girl with X-rated photos on social media. Drop us a line with your thoughts in our comments section.