Khloe Kardashian Catches Rob Kardashian Partying With Blac Chyna in Her House: Throws Diabetic Brother Out on The Street 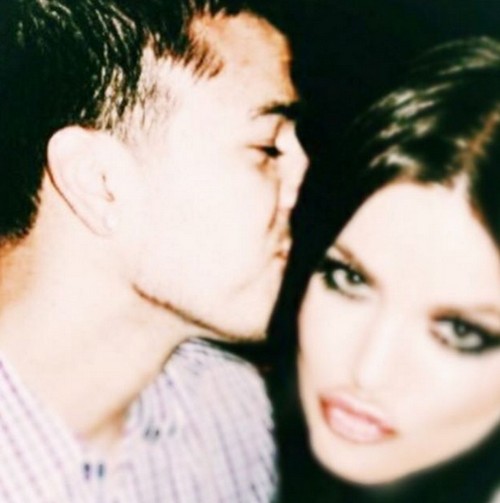 Khloe Kardashian, Rob Kardashian’s devoted supporter, demanded Rob leave her home after finding her diabetic brother partying with Blac Chyna. Rob apparently didn’t leave willingly, he was thrown out on the street like trash, and that’s why little brother is living with Chyna. Rob probably won’t be welcome at Koko’s house anytime soon.

Kris Jenner and Kim Kardashian gave up on Rob after a recent hospital visit. But not Khloe! The reality television star took Rob’s side and thought the rest of the Kardashian clan was being unnecessarily cruel toward Robert. Khloe believed all Rob needed was a little compassion and guidance to get back on track.

Sources tell TMZ that Khloe had enough after returning from a media blitz promoting “Kocktails with Khloe” to a lovely surprise. There were Rob, Chyna, a whole lotta liquor bottles and garbage thrown every which way. One can assume that Rob Kardashian and Blac Chyna were wasted after being up for partying for days.

Beware of Khloe’s temper! Purportedly Khloe went off on Chyna and Rob and the two couldn’t run fast enough to Rob’s suite of rooms – with Khloe in hot pursuit. As Rob and Blac Chyna stood cowering behind a locked door Khloe evidently told Robert and his new pal Chyna to “get the hell out” according to TMZ’s source.

After criticizing Kim Kardashian and Kris Jenner for their insensitivity and lack of compassion does Khloe now see that’s the only thing that will get through to Rob – throwing him out on the street to go with Blac Chyna?

The bad blood between Chyna and the Kardashian-Jenner family started when underage Kylie Jenner stole Chyna’s baby daddy Tyga. Chyna and Kim Kardashian used to be friends. But obviously Kylie hooking up with Tyga put an end to that!

It would appear that Rob has given the Kardashian women even more reason to hate Chyna. Sources indicate Rob Kardashian bought some pretty pricey items for his new gal pal – stuff Rob supposedly cannot afford on whatever allowance Kris Jenner doles out to her son. Is Chyna taking advantage of Rob just as the Kardashians believe?

Koko certainly has proven she can be loyal even to someone who has betrayed her. After all, this is the woman who dropped everything and flew to estranged husband Lamar Odom’s side after the former professional basketball player overdosed outside a brothel in Nevada.

All Rob had to do was get help, stay sober and get his life together – as if that it easy? Khloe Kardashian provided the safe haven in which Rob Kardashian could do just that. And how does Rob repay his darling sister? By inviting one of the Kardashians and Jenners biggest enemies over to party for two straight days.