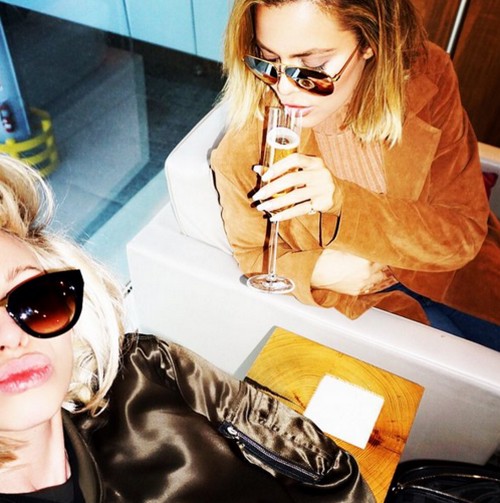 Khloe Kardashian was headed to New York City for an appearance on Good Morning America when her commercial flight had to make an emergency landing in Las Vegas. The pilots smelled an electrical fire in the cockpit, so they quickly changed course and headed for Sin City.

Well krap! What is Khloe Kardashian going to do? She happened to be making this trip solo and well, being a reality start on your own in the Las Vegas airport isn’t something I recommend to anyone. You are dealing with severely bored travelers waiting to catch their next flight and any celebrity sightings could spell disaster for a solo celebrity.

TMZ is reporting that as soon as Khloe was able to de-board the broken plane, she booked her booty over to the first class lounge to avoid being mobbed by loving Vegas party animals.

Khloe Kardashian lovers, don’t be too sad. Girl is having a great time with her buddy/makeup artist, Joyce Bonelli while sucking down expensive champagne, waiting on a new flight to NYC. Liev Schreiber was said to be on this flight as well.

Do you think he’s somewhere in the mix, maybe buying shots for the ladies or some fellow passengers, passing the time? GMA starts bright and early, so if she does in fact catch another flight tonight, to make that appearance, she better slow down on the booze or her interview is going to be a tad bit on the rough side. 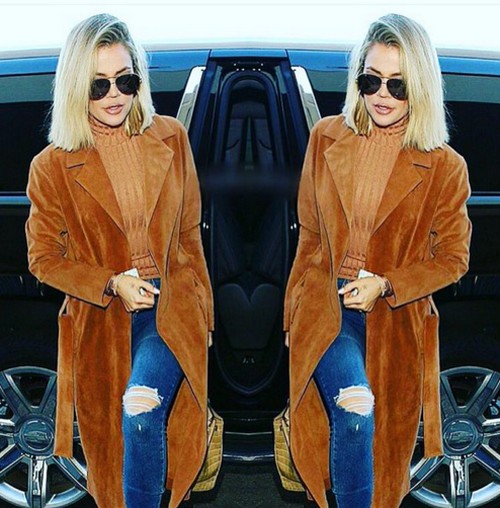 If you want to keep up with Khloe Kardashian and her epic adventures in the first klass lounge, stranded in Las Vegas, check out her Twitter page. You know those Kardashian girls don’t miss beat on social media. They must love sharing ever moment of their lives with the world…..I mean, who doesn’t want millions of people all up in their business 24/7?

Her Tweets so far include,

“supposed 2b in NYC but somehow I’m in Vegas NYC I’m trying to get there. Emergency landing but Joyce and I are SAFE“

“Live streamers get ready Joyce and I are in full of effect. Go now!!!”

“Kocktails with Khloé and Joyce!! “

Yeah… Khloe Kardashian handles being stranded like a pro.

Now it’s time for you to spill it CDL readers….if you had to be stranded in an airport with just one celebrity, who would it be and why? Drop your answers in the comments below!