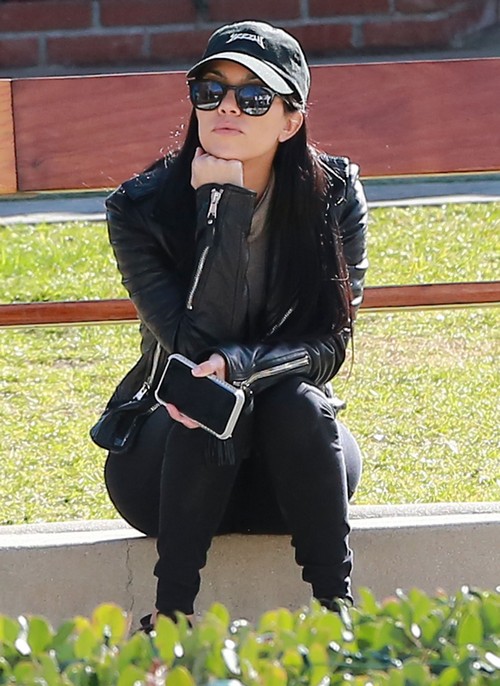 Khloe Kardashian isn’t coming across as a big fan of Scott Disick lately. Khloe even took aim at Kourtney Kardashian’s ex during a live tweet of Keeping Up With The Kardashians when she shamed Scott for playing the victim after Kourtney dumped him.

During the episode of KUWTK aired on Sunday, January 3, Khloe was definitely not impressed by Scott’s emotional confrontation with Kourtney. Scott tearfully apologized to Kourtney Kardashian after he was caught cheating on the mother of three with his much younger ex-girlfriend Chloe Bartoli.

Disick now regrets some of the stupid things he did during his 9-year relationship with Kourtney and even confessed that he wanted to kill himself after getting dumped by the mother of his children.

Khloe, who used to get along with Scott Disick better than Kourtney ever did, is obviously not a fan of Scott anymore and got brutally honest during her live tweet. “I was literally speechless when Scott walked in,” Khloe first tweeted. “I hate people who play the victim. Take accountability people. Own your actions.”

“My stare down is meeeeaaaaannnnn,” the KUWTK star confessed and then added, “Why am I the only one talking?! Lol I’m just noticing that no one said anything but me. Ha! I guess when you date 1of us you date all of us.”

Khloe Kardashian probably does feel just as betrayed as Kourtney Kardashian after Scott Disick’s betrayal. Scott has been in Kourtney’s life since she was barely legal to drink and they were very close, often sharing living spaces and spending time in clubs together.

Now that Scott Disick is so desperate to get Kourtney back, Scott has lost the endorsement of Khloe. As long as the youngest Kardashian sister is in Kourtney’s ear, trying to remind her of all the reasons to steer clear of a Scott Disick romance, odds are pretty good that there won’t be a reunion.

Disick is pulling out all the stops when it comes to keeping his family together. Scott confessed during the emotional episode, ‘I’ve never apologised to all of you for letting all of you down and embarrassing you guys.”

Khloe Kardashian isn’t buying the sob story and has made it clear that even if no one else holds Scott Disick accountable for betraying Kourtney Kardashian, she remembers and Khloe doesn’t feel sorry for him one bit.

Kourtney Kardashian was spotted taking her kids out to play in Pacific Palisades, California on January 4, 2016 by FameFlynet