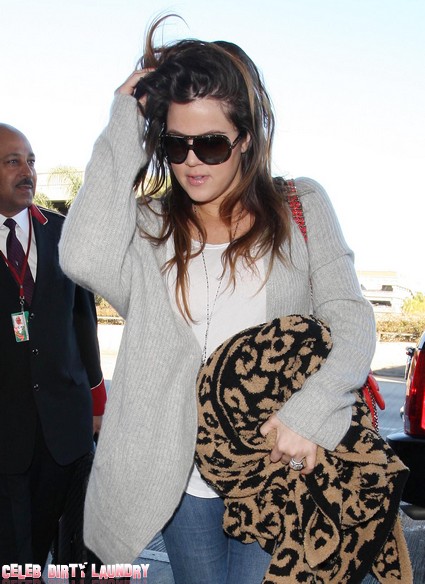 Khloe Kardashian, 27, has come clean and admits she was upset by her brother-in-law Kris Humphries who was married to her sister Kim Kardashian for just 72 days last year.  She did not like him from the first time she met him because he was quick to discuss her own one-month pre-marriage relationship with now husband Lamar Odom.

She said: “I personally didn’t mesh well with Kris before they got married. The very first time I met him he said, ‘No one gets married after 30 days. How much longer are you gunna put up with this charade for?’ That’s kind of rude. He just rubbed me up the wrong way. My guard was up because I wasn’t crazy about him.”

However, she admits she did tell sister Kim who has been married once before – she did not think he was the one for her.  It seems Khloe was right since the marriage did not last long.

She added: “I gave my opinion. Which everyone saw in the wedding special! We’re sisters. I’m very honest, I’ll tell you how I feel. With Kim I said my piece. I want her to be happy, and if that makes her happy then fine.”

There is nothing like being able to say ‘I told you so’ and I bet Khloe lets Kim know that she was right and Kim was not the man for her.

Khloe is now keener on her sister Kourtney Kardashian’s partner Scott Disick because she thinks he has worked on his issues.  She added on ‘Jimmy Kimmel Live’: “Scott and I, we’ve been very honest. But he’s worked very hard to be back in our good graces.”

Well that shows what Khloe knows – everyone has said for years what a dog Scott is.  The only reason he is with Kourtney is the money.  Definition of worked hard to get back in her graces – he sucks up better!!! ughhh she is a moron!