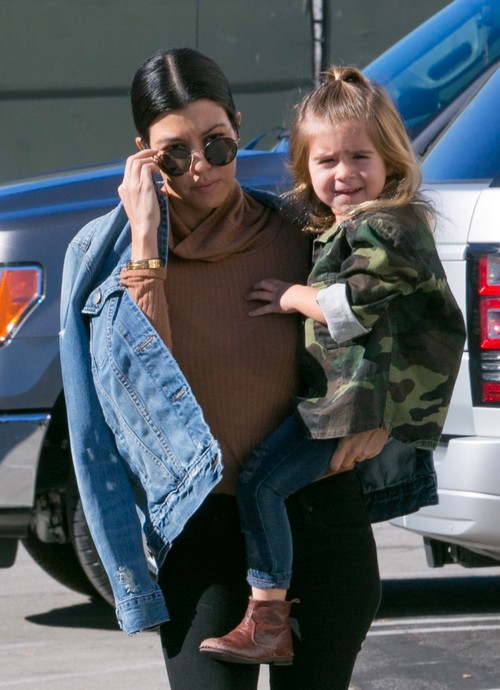 Kim Kardashian is disgusted with Kourtney Kardashian’s recent hookups with Justin Bieber according to recent reports. The Keeping Up With The Kardashians stars have been at odds since news broke of Kourtney’s fling with Justin. According to Radar Online, Kim and Kourtney got into it over Bieber and Kim flat out called her sister Kourtney “disgusting.”

Kourtney Kardashian had been sneaking around with Justin Bieber for months before it was confirmed that the two have been hooking up. It wasn’t until after claims that Justin had been bragging about his romance with cougar Kourtney that Kim finally stepped in and said something.

Radar reports that Kim gave Kourtney a piece of her mind about her recent fling with Justin Bieber. Considering that Kourtney is 36 years old and Bieber is only 21 years old, it’s clear that she’s just looking to have some fun after finally ending her 9-year stintof alleged fidelity with Scott Disick.

Kourtney has been partying pretty hard lately and trying to enjoy single life. There is no way Kardashian is looking to the future with Bieber. He’s just a friend of the family that turned into a fun time when Kourtney needed an escape from reality the most.

Maybe Kim Kardashian is just jealous of her big sister for having all the fun – even worse, Justin Bieber is 100 times as famous and popular as Kanye West! While Kourtney is out dating hot younger men and having the time of her life, Kim is recovering from childbirth and bonding with her new baby boy Saint West.

There are reports that Kim has been having trouble in her own marriage to Kanye West and fears the rapper might just leave her for good. Is Kim projecting her jealous over Kourtney’s good time?

Not only did Kourtney Kardashian handle pregnancy better than Kim and bounce back much faster, she’s also out living the life. Kourtney is single now and she isn’t holding back this time.

After spending 9 long years trying to make things work out with Scott Disick while he lived it up, Kourtney is taking her turn. If just turns out that Kourtney Kardashian might enjoy late night hotel runs when Justin Bieber is in town.