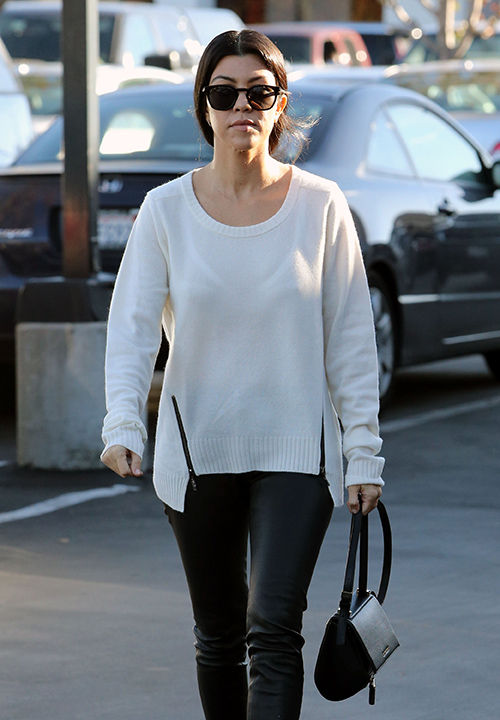 Scott Disick is threatening Justin Bieber after finding out about the fling he’s been having with Kourtney Kardashian. Disick let Bieber know that his kids are off limits and the 21-year-old singer better stay away.

Disick is obviously upset that Bieber has been hooking up with Kourtney but he can’t really say anything about that. Kourtney dumped Scott Disick for cheating on her with a much younger woman. Even though Scott has said he is embarrassed that Kourtney Kardashian is acting so immature, she isn’t doing anything that Scott hasn’t done.

Scott is really concerned about his three kids. Kourtney has reportedly allowed Justin Bieber to babysit Mason Disick. That makes Scott mad because he doesn’t want Justin playing daddy to Mason, Penelope and Reign. Naturally Scott is livid that Kourtney left any kids alone with Bieber. It’s bad enough that Kardashian has another man spending time with their kids, but Justin Bieber is the poster boy for bad behavior and irresponsibility.

On the other hand, how great of a decision maker can Kourtney be if she’ll let her kids be unsupervised with Scott, who just finished rehab for his reported drinking and drunk problems. Disick is being supervised so closely that Kris Jenner is having him drug tested in order to keep filming Keeping Up With The Kardashians. Jenner is probably only doing that so she can keep tabs of the father of her grandbabies. Well, that and the fact that Kris can make a lot of cash exploiting Kourtney Kardashian’s relationship her ex-fiance and the father of her kids.

Scott Disick has made a few threats about what could happen if Justin keeps hanging around with his kids. “He’s told Kourtney and mutual friends of Justin’s that [Bieber] needs to make sure he keeps his distance from his kids,” reported a source to The Hollywood Gossip. “If he crosses that line, Scott will come after him.”

It’s unclear what exactly Scott plans to do if Kourtney Kardashian ignores her ex and takes her kids out with Justin. It’s not like Disick is much of a fighter but it’s pretty obvious that the self-proclaimed lord will definitely freak out of Bieber tries to become step-daddy to his kids.