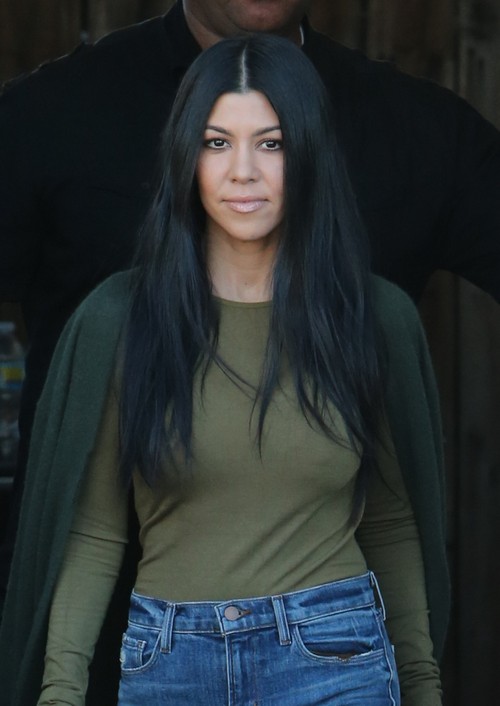 Scott Disick has accused Kourtney Kardashian of cheating on him before and now it looks like the party monster is questioning the paternity of one of his own children. Some think Scott may ask for a paternity test to prove Reign is his son simply to get revenge on Kourtney.

Lord Disick is understandably upset after learning about Kourtney’s Justin Bieber fling and it’s making him question everything about their failed relationship.

There have been questions about the paternity of Kourtney Kardashian’s children in the past. The Keeping Up With The Kardashians star battled multiple reports that her oldest son Mason Disick doesn’t belong to Scott.

A couple of years ago Michael Girgenti sued Kourtney Kardashian over the paternity of her son Mason. The model claimed he had a fling just nine months prior to her oldest son’s birth and had everyone questioning whether Scott Disick was really his father.

It was proved through a paternity test that Scott did father Mason Disick but now he’s casting some doubt on who might be their newest son’s real dad. Back in September, OK! magazine reported that Scott Disick was questioning whether or not Reign was really his kid.

Now it looks like Scott is bringing back his claims that he just might not be the real biological dad.

Disick is really angry about Kourtney Kardashian’s months-long romance with 21-year old Justin Bieber. Even though his exploits weren’t any better, a source close to the Calabasas reality family confided: “Scott feels like Kourtney is acting like a child and that his 36-year old former fiance may have been hooking up with Bieber or other young men while they were still together.”

Now that Scott knows how easily Kourtney hooked up with at least one other man since dumping him, the self-proclaimed Lord is starting to think there might be a real chance that Kourtney stepped out and Reign isn’t his son.

It seems unlikely that Kourtney would have gotten pregnant nine months prior to Reign Disick’s birth because Scott was always gone drinking and partying. Disick knew they were on the outs right around Reign’s conception and that he wasn’t sleeping with Kourtney much around that time.

With the recent revelation that Kourtney has been getting it on with Justin Bieber for months now, Scott is back to doubting his baby mama was always faithful while he was gone. As many times as Disick has treated Kourtney horribly with his drinking, partying and cheating ways, it wouldn’t be surprising if the KUWTK star did a little dipping out of her own.

Kourtney and Khloe Kardashian were spotted at a studio in Van Nuys, California on December 18, 2015. Khloe has released a photo featuring her bare butt on Instagram. FameFlynet