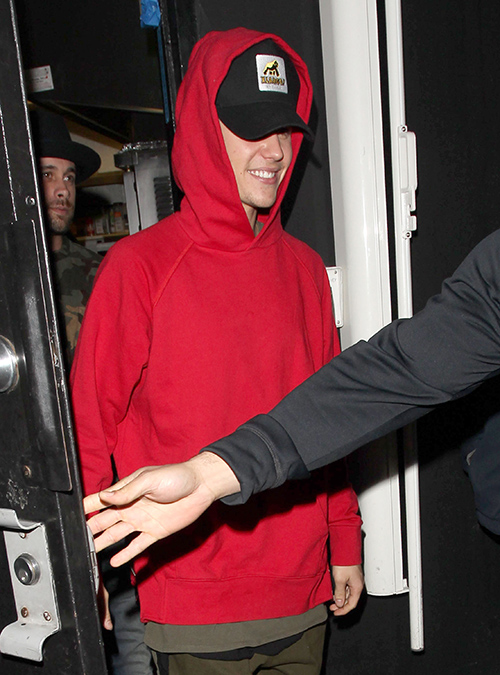 Justin Bieber is using his Kourtney Kardashian hookup for an ego boost, but does the lonely mother of three need some hot loving? Justin may be enjoying the casual relationship and doesn’t mind the revenge aspect, but does Kourtney want sex…and love?

Kourtney Kardashian spent years tolerating Scott Disick along with his unending battles of alcohol and drug abuse. On top of being a drunken waste of space, Scott was constantly cheating on Kourtney with multiple women, all while she raised their 3 children. Now, the 36-year-old Kardashian is practically walking on air as she enjoys her hot hookups with Justin Bieber.

After finally getting rid of Scott, Kourtney and Justin began a causal fling, but the two are growing closer. Kardashian and Bieber are texting each other constantly, and their affair began 4 months ago, according to the U.K.’s Mirror. Justin is happy to keep things “just friends” and the hookups are more for an ego boost for him, according to People. “He has had a huge ego boost from hooking up with Kourt. It’s been going on for a few months,” the source shared. “He is used to being swooned by young girls that have nothing else going on. Kourt is a hot mom with a career.”

But, is the dumped and lonely mother of 3 looking for more? Reports insist Kourtney Kardashian’s hook ups with Justin Bieber are “just for fun.” However, pictures don’t lie and Kourtney is looking happier than ever. Before her Justin Bieber romance, the Keeping Up With the Kardashians star always looked so sad. Now, Kardashian is always smiling. Perhaps, she is just thrilled a cute guy almost half her age wants her and that cute guy just happens to be Justin Bieber – one of the currently most desired guys around. However, you can’t rule out the fact that Kourtney Kardashian is lonely.

What do you think of Justin Bieber using his Kourtney Kardashian hookups for an ego boost? Is the lonely mother of three in need of some hot loving? Let us know your opinions in the comment section below and check out all of CDL’s Kardashian and Justin Bieber coverage.