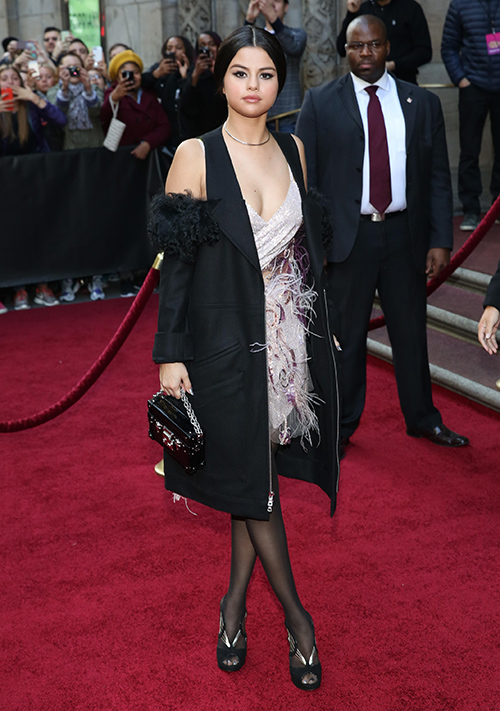 Selena Gomez has declared war on Kourtney Kardashian. SelGo is reportedly furious over the recent bombshell revelation that Kourtney and Justin Bieber have been secretly hooking up for months. Selena Gomez freaks out whenever anyone hooks up with her on-again, off-again boyfriend Biebs – but this time around the singer is angry on a whole new level, because she honestly thought Biebs had changed and she and Justin were getting back together for real this time. It’s safe to say Justin and Selena’s reconciliation has been shelved for the moment.

We’re still not sure entirely how we feel about Kourtney Kardashian and Justin Bieber hooking up. On one hand, it is such a random pairing that it might actually work. On the other hand, Justin really isn’t much of an upgrade from her boozing and cheating baby-daddy Scott Disick. Regardless, it is safe to say that Selena is not on the fence about Kourtney and Justin, she 100% does not approve.

According to a new report from In Touch Magazine, Selena has declared war on Kourtney Kardashian – when she learned that Kourtney was hooking up with Justin, Selena called the KUWTK star and gave her a piece of her mind. An insider dished to In Touch Magazine, “Selena was calling Kourtney a whore and a slut. When Selena called her, Kourtney asked how she got her number, but all Selena had to say was, ‘I hope you used protection.’”

The report from In Touch Magazine goes on to say that Selena Gomez had a total meltdown and even turned violent – the singer reportedly ripped all of her clothes out of her own closet and then went on to destroy her kitchen, throwing and breaking dishes. We strongly advise Kourtney Kardashian stays as far away from Selena Gomez as possible – she’s a total loose cannon! Do you guys think that Selena has hopped on the crazy train? Or does she have a right to be upset with Kourtney and Justin? Let us know what you think in the comments below!