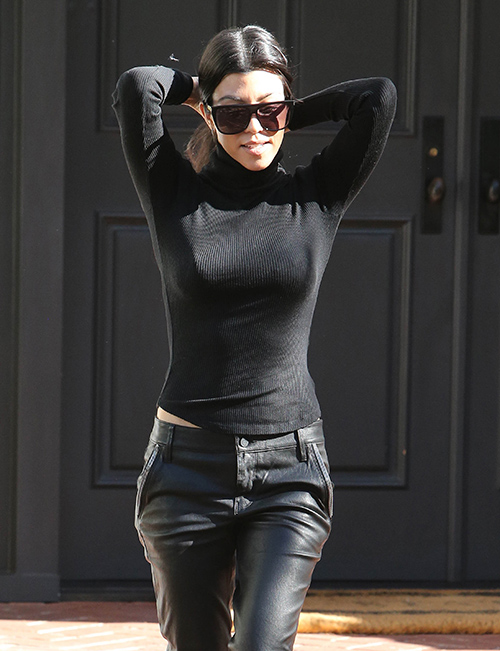 Kourtney Kardashian has been linked to Justin Bieber in recent weeks but now it seems the Keeping Up With The Kardashians star is moving on. Kardashian was seen having dinner with Diddy’s son Quincy Brown on Wednesday, December 16 and despite being close family friends, this dinner date looked more romantic than platonic.

After news of Kourtney’s fling with Justin became public, the 36-year-old mom of three began distancing herself from the Sorry singer – but that doesn’t mean she’s given up younger men. Kourtney is truly enjoying the dating scene after freeing herself of a 9-year relationship with Scott Disick. Kardashian seems to have moved on from the fling with 21-year-old Justin Bieber and now the KUWTK star was seen spending quality time with Quincy Brown. Kourtney Kardashian seems to love the younger men and Diddy’s son fits the bill at just 24 years old.

To further fuel Scott Disick’s rage, Kourtney had her new love interest take her to dinner at one of Scott’s favorite places, Il Pastaio. After spending time together at the Beverly Hills eatery, Kourtney was seen riding shotgun in a car driven by Quincy. An unidentified female was said to be in the back seat as the reality star rode off with her newest boy toy.

According to Us magazine, Scott Disick thinks Kourtney’s months-long casual relationship with Justin Bieber was revent. Disick feels like his ex-fiance is only carrying on with the Sorry singer because she knows it will drive Disick crazy. Of course, Scott can’t really say anything about Kourtney’s much younger love interests because he’s guilty of dating some much younger women. That doesn’t mean Scott is cool with Kourtney’s behavior.

The self-proclaimed Lord Disick has been working hard to get sober because he knows that is the only way Kourtney will take him back. It looks like he was a little too late though because Kardashian has moved on. Scott might be a little too old for his reality star ex-girlfriend now. Especially if Kourtney is spending time with Diddy’s handsome adopted son Quincy Brown.