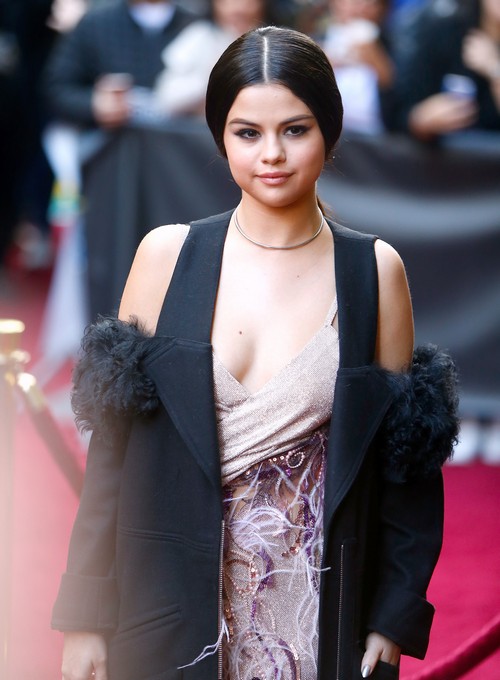 Selena Gomez is glad to have Niall Horan for support after learning about Justin Bieber and Kourtney Kardashian hooking up. News that the Biebs was sleeping with 36-year old mother-of-three Kourtney Kardashian made Selena very upset but it was the One Direction singer who came to her rescue.

Despite Selena’s constant denials of her relationship with the One Directioner, Niall recently admitted that he’d marry Gomez. It was all revealed in a recent Seventeen interview when Niall Horan was asked who he’d choose to marry, go on a cruise with or hook up with between Selena, Demi Lovato and Tina Fey.

Horan was quick to choose Gomez as the girl he’d marry. For those who may be wondering, Niall would cruise with Demi and hookup with Tina Fey.

Anyway, Niall and Selena have been great friends even before the alleged couple were spotted making out in November. When news that Justin Bieber was trying to act mature while trying to impress the much older Kourtney Kardashian, Selena was a little crushed.

Obviously all she wanted was for Bieber to grow up and here he was trying to romance the oldest Kardashian sister.

What a slap in the face for Selena Gomez after Justin Bieber just serenaded her with his hit single Sorry as well as My Girl. Even though Selena and Justin parted ways after the sweet hotel bar serenade, it was pretty upsetting to find out that Bieber had been carrying on a secret hookup with Kourtney Kardashian in that very same hotel.

Can anyone really blame Selena Gomez for running back into the arms of Niall Horan? The One Direction singer is happy to be Selena’s go-to when upset about another one of Bieber’s antics. Partly because Niall has had a thing for Selena for a really long time now.

Another reason for Horan’s willingness to be Selena’s shoulder has to do with his dislike of Bieber too. Niall Horan knows that Justin Bieber can’t stand to see him hugged up with Selena Gomez so the One Direction star will go out of his way to get as close to the pop singer as he possibly can.