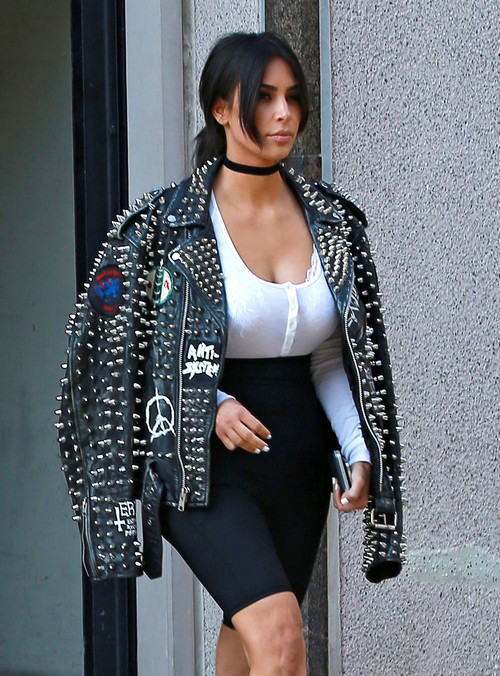 Kim Kardashian is moving full steam ahead with her divorce from Kanye West, according to a new report. This week’s cover of Star Magazine features a photo of the miserable cover. The headline reads, “Kim And Kanye Divorce, $1 Billion At Stake!”

It’s no secret that behind closed doors Kim Kardashian and Kanye West have been unhappy for quite a while. And, Kim Kardashian has reportedly met with divorce lawyers on more than one occasion. Is there $1 Billion dollars at stake?

Absolutely not. Let’s not forget earlier this year Kanye was begging for money on social media and confirmed that he was $50 Million in debt. How they now have billions at stake is a bit perplexing.

Star Magazine confirms what we have known for quite a while, Kimye is nothing more than a showmance, a business relationship. The tabloid reports, “Behind closed doors, sources say that Kim is desperately unhappy. In fact, she’s so fed up with Kanye’s bizarre behavior, egocentric demands and massive meltdowns that she’s consulting a divorce attorney about pulling the plug on her marriage.”

The cover of the magazine goes on to tease that Kim is “suing for full custody” of North and Saint. And, considering Kanye’s well documented history of angry outbursts, she doesn’t exactly have her work cut out for her. If Kanye is trying to stall the divorce, it’s probably because of the simple fact that he knows he doesn’t stand a chance against Kim in court when it comes to their kids.

According to Star’s inside sources, Kim is trying to keep the divorce a secret from Kanye West because she fears that he will “blow up.” Considering his past, she might be on to something. But, the raging rapper will probably be even more furious when she blindsides him than if she had just been upfront from the beginning.

What do you guys think, is this the real deal? Is Kim Kardashian finally divorcing Kanye West? Or will she stay with him to preserve the Kimye brand? Let us know what you think in the comments below!

Kim and Kourtney Kardashian are seen leaving a meeting with Kourtney’s son Mason in Calabasas, California on May 31, 2016. Kim has had a busy day of meetings, she was seen earlier leaving a meeting at the SnapChat offices in Santa Monica by FameFlynet