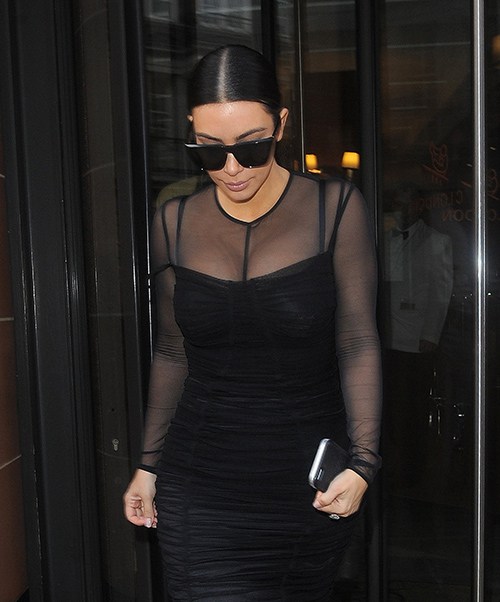 Kanye West fired a bodyguard for speaking to Kim Kardashian before the recent Met Gala. Steve Stanulis, a former NYPD officer, is spilling secrets and revealed that Kanye is the worst boss in the history of employers.

Steve divulged to Daily News that on the day of the Met Gala he needed to coordinate transportation for Kim and Kanye. The bodyguard headed up to the couple’s suite at the Waldorf Astoria and who should answer his knock but Kim Kardashian herself? What? Kim didn’t send one of her minions to take care of such a menial task?

Kim was “very gracious,” according to Steve. The ‘Keeping Up with the Kardashians’ star enjoyed a pleasant conversation with Kanye’s bodyguard and that was the end of it, or Steve thought.

The former NYPD officer found himself unemployed before Kim and Kanye even left the Waldorf Astoria for the Met Gala. Steve thinks Kanye totally misinterpreted the conversation and thought Steve was flirting with Kim.

If that behavior weren’t outrageous enough, Steve said another one of Kanye’s bodyguards was fired his first day on security detail. Why? The guy wore red sneakers to work! This is not acceptable! Members of Kanye West’s security detail are required to wear all-black outfits. Why? Steve Stanulis says he was told that patterns are distracting to Kayne.

And don’t you dare get in an elevator with Kanye and not know where the music mogul is going, even if it is your first day on the job. Steve made that mistake! Kanye and Steve got into the elevator and Kanye just stood there with his arms crossed according to a report in The Sun.

Kanye flipped out when Steve not only didn’t push the button but didn’t know to which floor he was taking Kanye. That’s when the tirade started. Why hadn’t the bodyguard called ahead to find out which floor the recording studio was on?

It took Kayne a few moments, but he eventually told his bodyguard which button to press. Yes, this is the silliness one must endure when employed by Kanye West.

Maybe that’s why Kim Kardashian is a nervous wreck about the baby weight she can’t seem to lose six months after giving birth to Saint West. If Kanye West is flipping out about red sneakers and people not knowing which button to push in an elevator what is he freaking out about in private with Kim?