Is Kanye West getting up close and personal with one of his ex-lovers? That’s what fans can’t help but wonder as the rapper’s ex-fiance, Alexis Phifer, shared a photo of herself wearing a pair of Yeezy’s Kanye gifted her himself at his St. Pablo tour stop in New York City this past week.

Wearing tight latex pants, Alexis displayed her model figure in the photo by also making a point of showing off the shoes her ex-fiance supposedly personally sent to her. There are some critics who think that Alexis, who hasn’t been seen with Kanye in years, is trying to stir up some drama by posting a photo of the shoes online in hopes that it will put her in the spotlight.

The timing is more than just suspicious, as reports are swirling that Kanye West and Kim Kardashian are having some major trouble in their marriage simply because he isn’t showing her the support she needs following her Paris robbery several weeks ago, in which she was held at gunpoint.

Is Alexis Phifer trying to win Kanye West back? Would Kanye actually consider pulling the plug on his marriage to Kim to get back with his ex-fiance? Or is Alexis just trying to stir up some drama between her and Kim in hopes that it will help generate some publicity?

Whatever the case, there’s no doubt that Kim is absolutely livid over the fact that her husband is sending his ex-fiance gifts behind her back. It’s not enough that she’s had to deal with all the drama surrounding Kanye’s other ex, Amber Rose, and the nasty things she’s said about their relationship in public. There’s a good chance that Alexis might be the same loose cannon, especially if she has something up her sleeve that she’s willing to expose. Is that why Kanye is trying to please her with gifts and tickets to his sold-out shows? Is he afraid of another ex dishing the dirt on him? 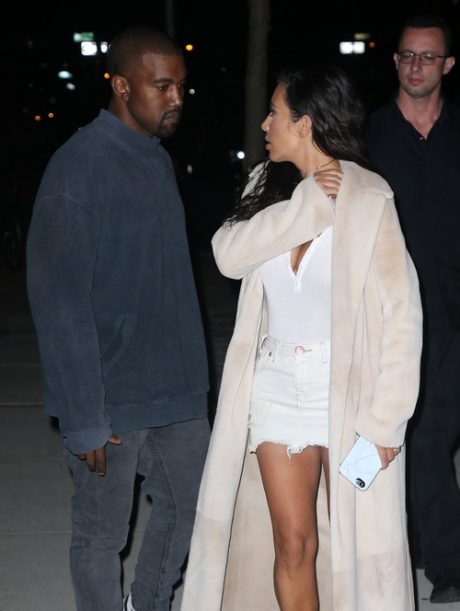 If that weren’t enough, there were reports indicating that Kanye West’s mother, Donda West, absolutely loved Alexis Phifer and wanted to see Kanye marry her, giving Kim even more of a reason to be jealous of the model. Seeing Alexis in a pair of Yeezy’s might be the star that ultimately breaks the camel’s back in Kim Kardashian and Kanye West’s marriage. Do you agree?

Also, check back with CDL right here for all the latest news on Kim Kardashian.

The beautiful @tinashenow wearing my #Red #Lace #Jumpsuit in her new video! Styled by @micaelabeckwith and @miriamsternoff For details please click link in bio❤️