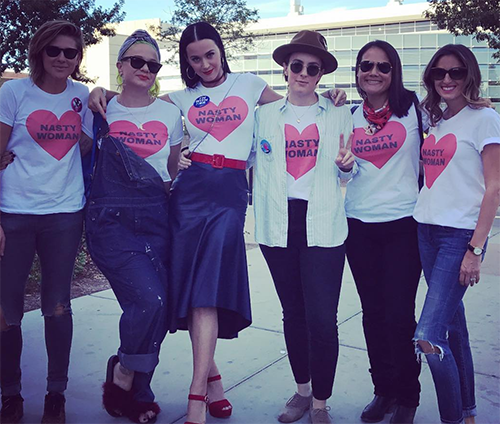 Katy Perry has once again reignited her long-running feud with fellow pop star Taylor Swift. This time around the ‘Roar’ singer posted a nasty video of her listening to the lyrics of Kanye West’s song ‘Famous,’ in which he explicitly describes how he made Taylor the star she is today.

Katy was singing along to the song during Kanye West’s St. Pablo Tour stop in New York City and while she could have picked any other song to sing along to, she chose to pick the most controversial lyrics of the night, knowing all too well that it would hit Taylor where it hurts the most.

Earlier this summer, Taylor denied giving Kanye permission to use her name in the lyrics of his song until Kim Kardashian proved she was lying in her leaked tapes. It was just one of many celebrity feuds that Taylor was involved in this past summer, which also included her very nasty breakup with Calvin Harris and the songwriting credit to the lyrics of his hit, ‘This Is What You Came For.’ Everyone was slamming Taylor for trying to make herself look like a victim.

Katy Perry has managed to stay quiet and classy up to this point. Even though Taylor has sent her plenty of shade, and even penned ‘Bad Blood’ about their ongoing feud, Katy as said very little in retaliation. That’s why fans can’t help but wonder if Taylor did something to purposely provoke Katy, knowing that it would get a reaction out of her.

Whatever the case, one thing is for certain: Katy Perry and Taylor Swift will never be friends again, let alone ever come face to face. Katy extended an olive branch by offering to collaborate with her on a future track if she offered an apology, but was shut down by Taylor almost immediately. 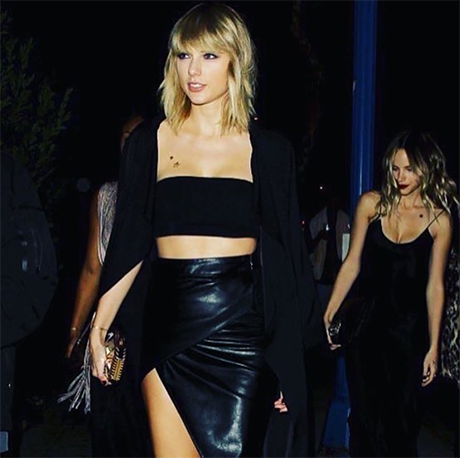 According to Taylor Swift, it’s Katy who should be begging for forgiveness and not the other way around. The bad blood between these two women is so thick that it might never be unresolved. And for Katy to fuel the fire even more with her video will definitely set her up for a nasty surprise, especially if Taylor has anything to do with it.

Do you think Katy Perry’s video is a direct taunt to Taylor Swift? Is she trying to reignite their fight in hopes that Taylor’s celebrity enemies like Kanye West and Calvin Harris will help back her up? Let us know your thoughts and check back with CDL for all the latest news on Katy Perry and Taylor Swift.