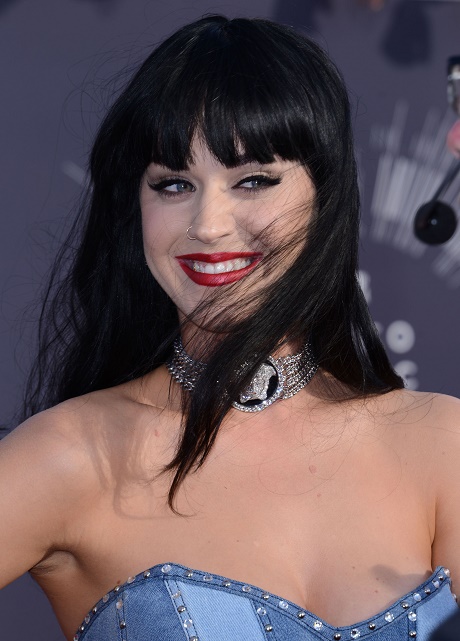 Taylor Swift and Katy Perry have never been fast friends, which is curious considering that, one point, Taylor has tried to befriend everyone in the music industry. However, Taylor dropped some clues to their contentious relationship when she revealed to Rolling Stone Magazine that her single ‘Bad Blood’ was about her enmity with another female singer.

She explained that this singer tried to sabotage her tour once, and has said negative things about her to other people in the past. She said, “We’re just straight-up enemies.”

Interesting. And didn’t Taylor and Katy both have tours in February 2011? Not to mention that they both dated John Mayer at one point, and perhaps their relationships with him even overlapped.

Anyway, nobody would have given Taylor’s words a second thought – apart from some speculation – if Katy hadn’t responded. She took to her Twitter this morning to write, “Watch out for the Regina George in sheep’s clothing.” Just a coincidence that she uploaded this ‘Mean Girls’ reference to Twitter hours after Taylor’s interview went public? I think we all know who she’s talking about, don’t we?

Regina George was a notorious character in the movie Mean Girls, and Katy is clearly referring to Taylor’s goody-two-shoes image. In her words, she thinks that Taylor is backstabbing and vitriolic, much different from her public image. But in Taylor’s explanation, Katy’s the one who went out of her way to sabotage her tour, her image, and her career.

Granted, this is always what happens with feuds, especially in Hollywood. Both Taylor and Katy are accusing each other of being the instigator, but honestly, the fault seems to lie with Katy – IF Taylor is telling the truth. Also, if we’re being completely honest here, Taylor is more talented than Katy and does have more passionate fans… and doesn’t have to rely on her looks or her body to increase publicity. It’s not impossible that Katy would have ‘sabotaged’ her tour, especially if she was worried about her own career success.