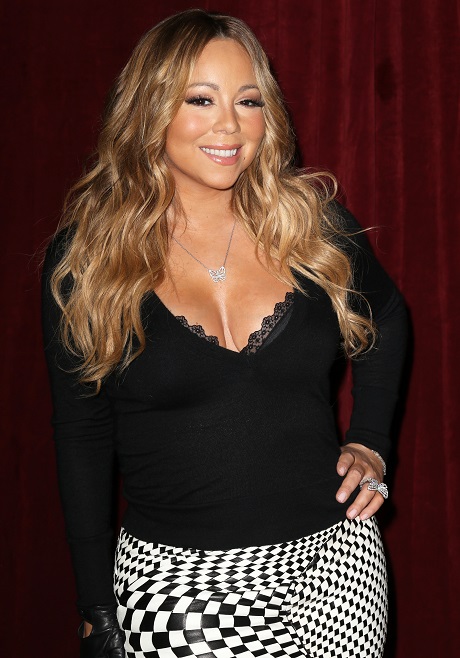 Over the last twenty years, Mariah Carey‘s music has earned her millions of fans, but apparently Katy Perry is not one of them. In an interview back in March, Katy commented that Mariah is “fabulous for a throwback,” making it sound like she believes that Mariah has little to offer musically nowadays. Katy isn’t stopping with just a side ways swipe at Mariah either. According to the July 7th print edition of Star Magazine, Katy has decided to make fun of the diva in her next video!

Sources say that Katy has hired a drag queen to impersonate Mariah and thinks that the idea will be hilarious. What exactly is Katy’s issue with Mariah? Apparently, it’s the same one that most of Mariah’s deflectors have — she’s annoyed by the starlet’s high maintenance diva nonsense. Katy also thinks that Mariah takes herself way too seriously and needs to lighten up a bit, and maybe being mocked by a drag queen or two will bring her back down to reality — or not.

Mariah’s recent behavior has even ticked off her husband, Nick Cannon. Seeing photos of his wife riding the subway and going to the park in a ball gown prompted him to tell her just how ridiculous she looks. Nick’s speaking up (of course) caused a fight, but do you think that Mariah actually understands that she has turned herself into more of a punch line than anything else lately? I mean, Katy’s video will only prove it, right? Are you glad to see that Katy is brave enough to publicly say what the rest of us are thinking about Mariah?

Do we smell a Mariah Carey/Katy Perry Feud brewing?