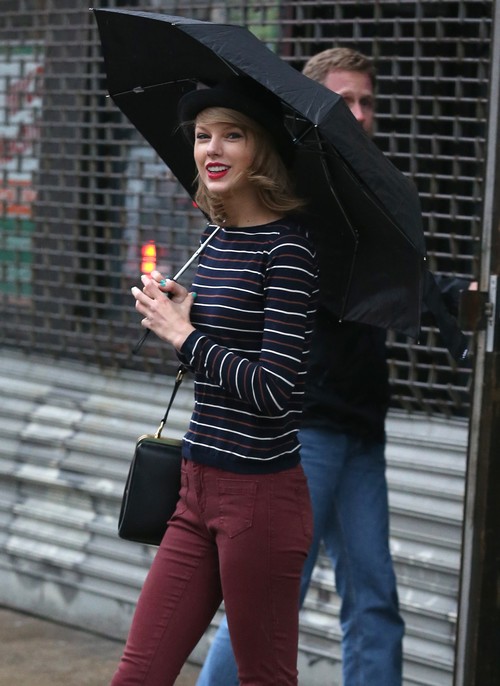 Taylor Swift and John Mayer are reportedly back together, which would definitely make a first for Taylor. I mean, what guy wants to be seen with a girl who wrote a humiliating song about him and sold it to the public? The John Mayer and Taylor Swift relationship is now infamous to the public for spawning ‘Dear John’ and its hilarious lyrics. By all means, please do get back together guys, only because I can’t wait to see Taylor’s follow-up to Dear John.

There are a lot of rumors about why Taylor and John broke up in the first place, but rumor has it that they slept together and then John broke her heart. Then again, John is famously a Lothario and it is Taylor’s responsibility to do her research on her boyfriends before dating them. Obviously, Taylor clearly thought that their relationship would be ‘different’, and that John wouldn’t dump her like he did the million other girls that came before. But alas, that’s not how real life works.

Eventually, John and Taylor did break up – but John refused to take any responsibility for breaking Taylor’s heart. After ‘Dear John’ came out, he publicly responded to the rumors that the song was about him, and he claimed that he didn’t do anything to deserve the humiliation.

Right. Well, we’re inclined to take John’s side of the story now, because why would Taylor go back to someone who treated her like dirt? Is she really that desperate for a boyfriend? Yeah, her last few relationships haven’t exactly worked out, but she’s Taylor Swift – I’m sure she could find a boyfriend that’s better than John Mayer, although she might think that he’s ready for a deeper commitment now that he’s cheated on and broken up with Katy Perry?

What do you guys think about Taylor and John reuniting, according to OK! Magazine? Do you believe that they’re getting back together, or the report is full of crock? Let us know your thoughts in the comments below.

Taylor Swift uses an umbrella to hide from the rain while out in New York City, New York on April 29, 2014 – girl looks like she’s getting something good!