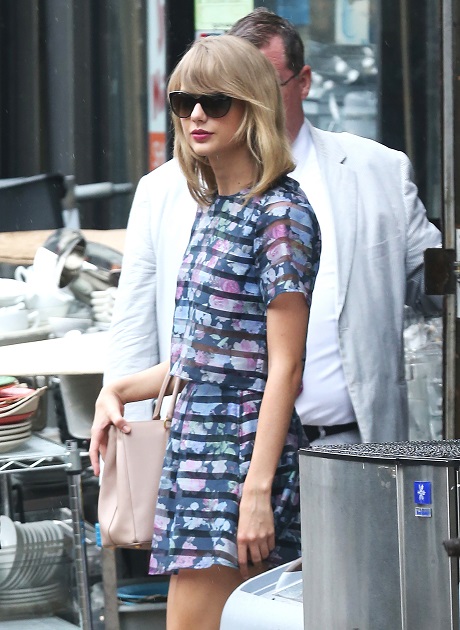 Taylor Swift got dumped by John Mayer, wrote a song about him, and then humiliated him in front of the whole world. Although one would assume that those three factors are grounds for never speaking to each other again, Taylor and John have inexplicably started spending time together recently.

Taylor and John were spotted leaving Chateau Marmont together at the same time on August 20th, sparking rumors that the two were headed towards a reconciliation.

As most of us know, Taylor and John dated back in 2009 but broke up after a few months together. Taylor didn’t even attempt to hide the fact that her song, “Dear John,” was about John Mayer, and the song didn’t pull any punches when it came to calling him out. Meanwhile, John also replied to the song, claiming that it was ‘lousy’ for her to do it, and stated that the accusations were just bitter lies. Plus, Taylor’s new song “Shake It Off ” seems to target him again, although not as explicitly as her previous title did.

With all this bad blood floating between them, I’m shocked that they’re even in the same hotel at the same time, much less actually spending time together. Last we heard, John seemed like he was still hung up on Katy Perry. And Taylor? Well, she took a long sabbatical from relationships, which probably did both her and her public image some good.

But if she got back together with John Mayer, all that abstinence would go down the toilet and she would be right back where she started – in the arms of a notorious womanizer who will probably break her heart – again. And we’ll have to hear about it – again.

What do you guys think? Are Taylor and John giving their relationship another try? Let us know your thoughts in the comments below.