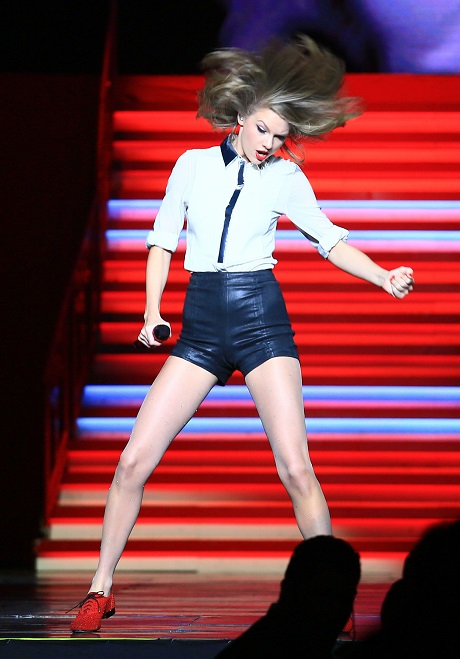 Taylor Swift must have realized the intense backlash surrounding her love life, so she finally took a break from all that non-stop dating. Instead of jumping from boy to boy over the past year, Taylor has instead taken the time to work on her music, make connections in the industry, and spend time with her friends.

Honestly, the backlash seemed to be a little overboard, in my opinion. The girl is young, attractive, and has millions of dollars – can you blame her for dating every cute boy that she liked? But of course, the media couldn’t let it go, and they more or less drove her into being single.

Taylor’s BFF, model Karlie Kloss, also spoke to US Weekly recently and when asked about Taylor’s love life, she responded, “I’ve been traveling. She’s been traveling. No time for boys!”

Uh-huh. What else is she supposed to say? ‘Oh, Taylor’s been on the hunt, but she hasn’t found the right boy yet?’ Or worse, ‘No, Taylor’s still hung up on Harry Styles, and she can’t seem to find anyone willing to date her’? Seriously, I guarantee you that every male celebrity in Hollywood would think twice about dating Taylor Swift right now.

If they were to date any other girl and break up with them, that would be the end of their relationship, right? But with Taylor, they’re guaranteed the break-up song and the whole world will have known what happened in their relationship – or, at least, Taylor’s version of what happened. They will inevitably be made to look like a horrible person in front of everyone they know, and they’ll have a hard time living the embarrassment down. And people wonder why Taylor Swift is still single.