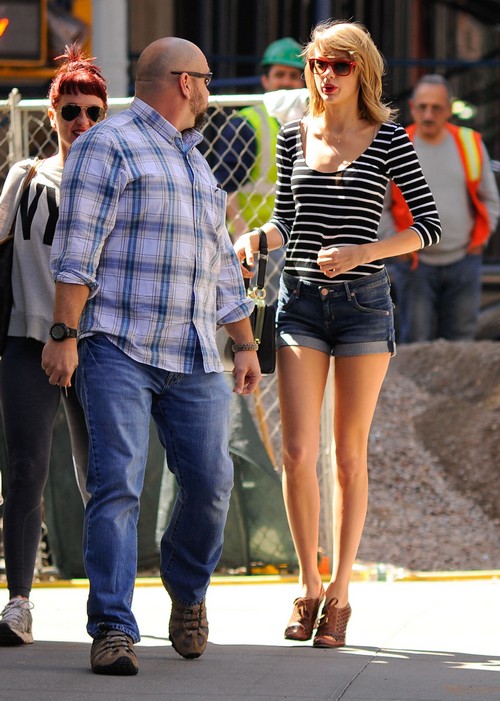 Of course Taylor Swift has ridiculous standards for her boyfriends. Of course she does. I don’t know if she’ll ever find anyone that meets these standards, because her ex-boyfriends sure as heck don’t.

According to recent reports, sources close to Taylor have spilled the beans on why she’s never able to settle with one guy, and it’s apparently because she is never satisfied with the guys she dates. Right, and it has nothing to do with getting too clingy and getting dumped? SHE broke up with Harry Styles because he wasn’t good enough for her. I see.

Anyway, these sources list all the requirements that must be present in a guy for Taylor to be interested in them, including, according to Hollywood Life, “She wants someone on her level when it comes to their career. Plus, they have to be hot — like leading man hot. And she would love a guy that can speak at least two languages. She wants a guy that has at least one sister, because she thinks it will make him a better boyfriend. He has to have a good relationship with his parents, especially his mom, but he can’t be a mama’s boy.”

This is hilarious. And he must be exactly 6 feet, not one inch less or one inch more. And he must have a six pack, and also have an even split in his friend group of guys and girls. Oh, and he must be alright with being mocked in a song as soon they inevitably reach the end of their breakup.

Ok, I kid, I kid. All those additional requirements might as well be true, seeing the actual list of conditions. A hot guy and someone on her level, career-wise – done. Those are reasonable and a lot of people have those. Multi-lingual? Well, she works in Hollywood, where that shouldn’t be too hard to come across. But the sister thing? Umm… ok? Like, why can’t a guy be respectful to women without having a sister? And having a good relationship with his mother but not being a mama’s boy? Where is she going to differentiate between those two?

Like, I said – hilarious. And of course Hollywood Life would know what Taylor’s requirements in a boyfriend are because she always makes sure they are updated promptly on all details of her personal life! I doubt the accuracy of this claim for another reason, because I don’t think anyone would be THAT demanding, even Taylor Swift. But it certainly is extremely entertaining, isn’t it? What do you guys think? Let us know your thoughts in the comments below.