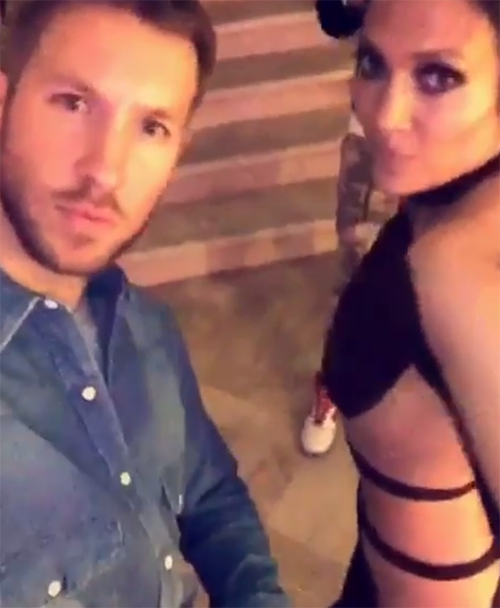 It seems Taylor Swift’s nightmare split from Calvin Harris just keeps getting worse – and it has only just begun. Swift’s ex and musical nemesis Kanye West are planning a collaboration to bring the House of Taylor down. Yes, Calvin Harris and Kanye West were seen palling around in Las Vegas this past weekend at the 47th birthday of singer Jennifer Lopez. Kim Kardashian and French Montana were also seen hanging out with the new best friends.

According to Hollywood Life, Kanye West and Calvin Harris’s dislike towards Taylor Swift has sparked a partnership now that the two have something in common.

“Kanye’s already extended Calvin an invite to his home and his studio and wants to have some bro time with him, trading Taylor war stories with the possibility of dropping one big epic collaboration on the world.”

Kanye, who has been publicly battling with Taylor Swift since she denied giving West permission to talk about her in his song “Famous,” seems happy to know someone else who isn’t part of the Taylor squad, and who also isn’t afraid to stand up to the singer.

“Kanye’s impressed by Calvin and thinks he’s a warrior for not letting Princess Taylor destroy him like she does all of her exes and friends.”

In the recent Taylor Swift feud between her and Harris, T-Swift publicly took credit for writing Harris’s collaboration with Rihanna, “This Is What You Came For.” Swift reportedly wrote the song and then sent it to Harris, who was her boyfriend at the time.

Since their very public split and back and forth feuding, Swift’s rep has since confirmed that Swift did in fact write the song under the pen name, Nils Sjoberg, a definite blow to Harris’s ego and his reputation. Harris hasn’t let it get to him though. The DJ has been active more than ever before with his fans and supporters across social media.

It looks like Calvin Harris is now looking to turn the tables on Taylor Swift with the help of Kanye West. Swift is well known for writing about her ex-boyfriends: Harry Styles, Conor Kennedy, John Mayer and others.

It seems Harris wants to give her a dose of her own medicine and Kanye, with his explicit lyrics and personal knowledge of the singer, is about to help him.