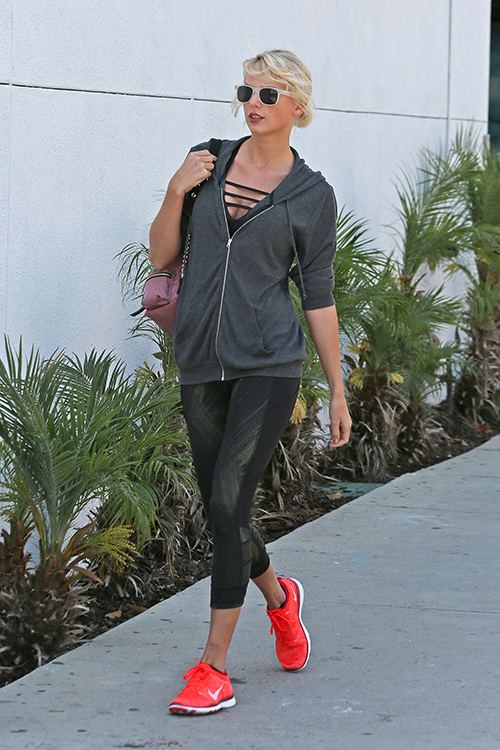 It wasn’t just Kim Kardashian West’s nude photo on the cover of GQ that blew up social media this week. It’s the ongoing war she laid out in the magazine’s latest issue between her and Kanye and Taylor Swift that’s got everyone talking. For Kanye’s song, “Famous,” he refers to Taylor Swift as “the bitch.” According to Kim Kardashian West, her husband not only called Taylor to ask for her consent, he also claims to have recorded their conversation.

In her interview, Kim said, in part: “She, (Taylor), totally knew that that was coming out.” According to Taylor’s rep, Kanye fed his wife the biggest line of bullshit. How? GQ reached out to the rapper and his team, requesting they prove the recording exists. They refused.

According to Kim Kardashian West, Taylor Swift was fine with him using the line. She even joked about how it could work to all their advantage. “Taylor] said, ‘When I get on the Grammy red carpet, all the media is going to think that I’m so against this, and I’ll just laugh and say, ‘The jokes on you, guys. I was in on it the whole time.’”

However, after T Swift said this, Kim got pissed off and retorted that in her Grammy speech, she’ll have played the victim again after putting down Kim’s husband. The GQ interviewer asked if the two were in touch after that alleged recorded conversation. They weren’t, except for a letter sent to them from Swift’s attorney demanding they destroy the footage and to never show their client saying such a thing.

Despite all this drama surrounding her, Taylor holds nothing against Kim, her rep said in a statement to Just Jared. She’s only repeating what she’s been told by Kanye. The rep added, “That does not change the fact that much of what Kim is saying is incorrect.”

The two only spoke on the phone in January of this year and never after that. During that call, the rep says Kanye asked if Taylor would release Famous on her Twitter account. Taylor refused. As for the song? Taylor heard it when it was released to the world. Kanye never mentioned referring to her as “the bitch” prior to its release. This really hurt Taylor terribly. She can’t understand why Kim Kardashian West and her rapper husband won’t leave her alone.

The Wests are saying Taylor is lying; she knew about the song reference and approved it, but yet, they won’t produce any proof.

Many on social media think every time Kim and Kanye’s lips are moving they’re lying. The two love the spotlight and will do what they must to remain in its glare. Taylor is handling this situation with grace and professionalism. She’s relying on the truth, not what her idea of the truth is.