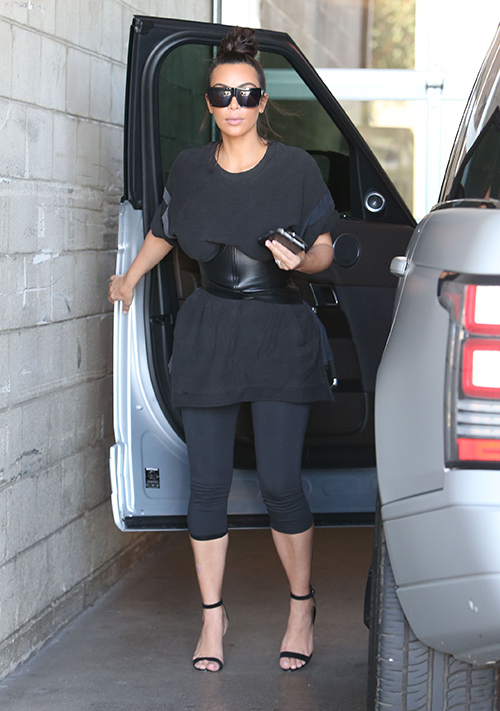 Kim Kardashian and Kanye West’s marriage is in trouble, thanks to their fiery feud with Taylor Swift. There’s new speculation that Kim Kardashian’s Twitter war with the chart topper has caused some major problems with the rapper, as they’ve been fighting non-stop behind the scenes.

Sources say that a Kim Kardashian and Kanye West divorce might still happen this year, as the celebrity couple is dealing with a major crisis that is much bigger than their Taylor Swift feud. In fact, things are so bad that Kim Kardashian’s leaked tape of Taylor Swift’s phone conversation with Kanye West is nothing compared to what is really going on behind closed doors.

According to Radar Online, there’s a very good chance that a Kim Kardashian and Kanye West lawsuit might break their marriage for good, as Taylor Swift’s team has hinted that she might sue the couple for secretly taping her without her knowledge. In the tapes, Taylor Swift gives Kanye West her blessing to use her name in the lyrics of his song, “Famous,” which is something that she has long denied.

One source dished, “Kim and Kanye were already not getting along before all of this stuff with Taylor happened, but now it’s much, much worse.”

To add more fuel to the fire, Kanye is supposedly livid that Kim leaked the tapes while the reality television star is sick of defending her husband and wants him to start “fighting his own battles.” In fact, Kanye West thinks that all of this drama surrounding Kim Kardashian’s leaked tapes is taking away attention from his music and ultimately, his talent.

The insider added, “Kanye told Kim that she needs to stop talking smack about Taylor, but she will not listen to him. This is her battle now.”

Of course, this isn’t the first time Kim Kardashian and Kanye West divorce rumors have been brought up. Fans have long noticed that the couple always looks downright miserable whenever they are spotted together and with all the pressure and demands that come from being the biggest celebrity couple in the spotlight right now, it will only be a matter of time before Kim Kardashian announces that her marriage has ended in divorce.

Tell us CDL readers, what do you think? Is Kim Kardashian and Kanye West’s marriage in deep trouble here because of Taylor Swift? Is this feud between the Keeping up with the Kardashians star and T-Swift final straw that is going to break the camel’s back? Let us know your thoughts in our comments section below.