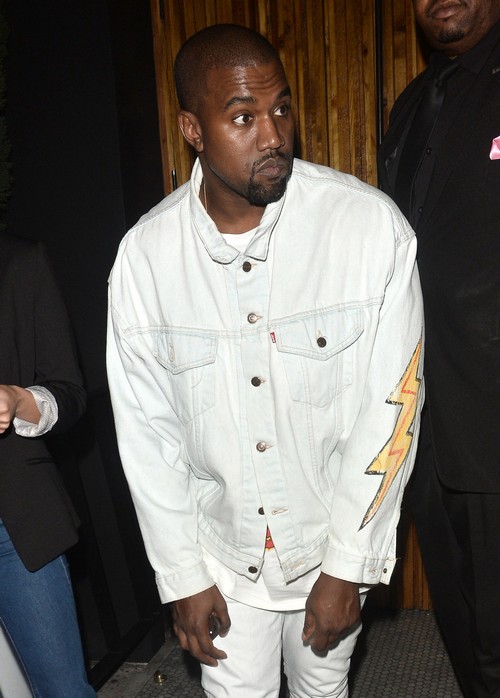 Kim Kardashian seems to have caught Taylor Swift in a lie when she posted a conversation of Kanye West asking permission from T-Swift to use her in the lyrics of ‘Famous.’ Is Taylor Swift really perfect or does she go out of her way to portray a holier than though image? Kim Kardashian’s SnapChat story may be able to answer this question.

Kim Kardashian posted a series of SnapChats on Sunday evening in a recent episode of “Keeping Up with the Kardashians.” Hidden in these secret recordings was a phone call conversation between Kanye West and Taylor Swift in which he asked the singer for her permission for the scandalous “Famous” song.

“I feel like me and Taylor might still have sex,” West says to Taylor, while also quoting his song lyrics, reported E! Online

“Oh, well this I think this a really cool thing to have,” West added.

“I know, I mean it’s like a compliment, kind of,” she responded.

In the recordings, Swift thanks Kanye for telling her about the line in his song. She also acknowledged the flowers he sent to her, which she posted on her Instagram account. The two publically ended their row at Video Vanguard Award when Taylor embraced Kanye while presenting the award to him.

As per the recordings, Swift also proposed that she would openly admit after the song’s release that she knew about it all along. However, when West removed the song from his latest album, “The Life of Pablo,” Swift refused to have ever approved of the lyrics.

In a statement to E! News, Swift’s representative said that Kanye never called Swift to seek approval for the song. In fact, he wanted her to promote his “Famous” song on her Twitter account, which she “declined and cautioned him about releasing a song with such a strong misogynistic message.” Taylor never even knew about the actual lyrics that say “I made that b—h famous.”

While Taylor was enraged after Kanye said that he asked for her consent to record the song lyrics, she says that she never gave her permission and even called it “misogynistic.” However, the tape revealed on “Keeping up with the Kardashians” has a different story to tell.

TMZ reported that Tyalor Swift threatened Kanye West with severe action if he released the tape, calling it illegal. But Kim Kardashian had a different plan and decided to have her husband’s back in the face of controversy and release the tape anyway.

Kim has not yet posted the video/audio of Taylor ever approving the lyrics “I made that b—h famous.” In the posted recordings, nowhere did Kanye tell Taylor that he will refer to her as “bi—h” in his song. What do you guys think? Is Taylor Swift making something out of nothing or did Kanye West cross the line as he has done so many times before?