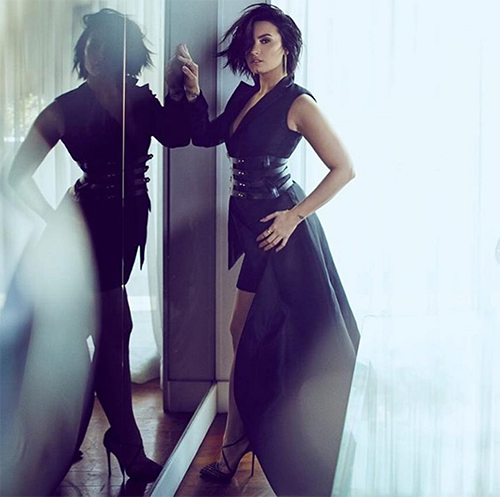 Taylor Swift is often the talk of the town, surrounded by both good and bad chatter. But after she split from Calvin Harris in a surprise breakup, just so she could run off with actor Tom Hiddleston, a lot of Young Hollywood is jumping off the T-Swift train to rally support around Calvin Harris – the DJ who got his heart broken.

Harris is just another fella in T-Swift’s long, colorful history of splits and breakups, but this one is especially noteworthy. Swift called it quits with her DJ beau just so she could start a new fling with Tom Hiddleston!

Honestly, I’m pretty neutral as far as this feud goes. I’m all for Taylor choosing the person who makes her happiest, but I’m also in Calvin’s court, seeing as how he appeared to be blindsided by the split. I suppose I have one foot in each person’s square. As Hollywood Life points out, however, there are two members of Hollywood who seem to have taken more pointed efforts to establish their allegiances. With Calvin. With one of the world’s top DJs.

Not long after Calvin went on an epic Twitter rant, Demi Lovato and Zedd – two individuals whose friend circles often intertwined with T-Swift’s squad – chose to follow the DJ. While they didn’t voice outright support for him, their actions speak loudly. I think it’s safe to say that Zedd, who was famously attached to Selena Gomez, one of T-Swift’s closes pals, wouldn’t have sided with T-Swift if his life depended on it.

Regarding Demi Lovato, it probably wouldn’t take much to get her to side with someone besides Swift. Not long ago, Demi bashed Taylor for donating an incredible sum of money to Kesha’s legal battle. Her argument was a valid one: Why donate so much money to one person when you could work to start a dialogue about the greater issue – violence towards women – on a larger scale? Essentially, Demi doesn’t agree with how Taylor uses her power and influence to constitute “change.”

What do you make of the Taylor Swift/Calvin Harris feud? Leave us your thoughts in the comments section below and don’t forget to keep checking CDL for all your celeb news and updates!