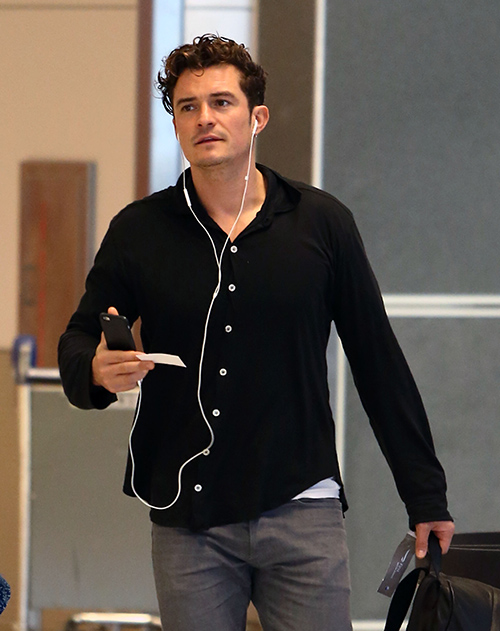 Katy Perry and Orlando Bloom were seen being very chummy at the Golden Globes after parties, and according to the source, “Katy was definitely into him. Right up until a friend told her that Orlando was also seeing Selena Gomez.” They continued with saying that the night of the party, Orlando “took care of [Perry] all evening… resting his hand on the small of her back, guiding her around the room.”

A friend of Katy’s told Star, “Katy has a lot to think about. She’s not against going on a proper date with Orlando at some point, but it was a bit of a turn-off to learn he’s seeing Selena. It’s the age difference that really bothers her.”

Will this all turn out to be innocent flirting flings with the ladies? Or is Orlando Bloom actually trying to play both of the ladies simultaneously? Will Orlando keep his options wide open with his charming smile and sexy accent? Who will be the next victim of the Pirates of Caribbean star’s charm?

Who do you think would be the next best match for Orlando Bloom? Are you guys excited to see him in Pirates of Caribbean: Dean Men Tell No Tales? It’s going to be epic!

Sound off all your thoughts on Orlando Bloom and his apparent “love triangle” in the comments below. And be sure to check back for all of the latest celebrity news!