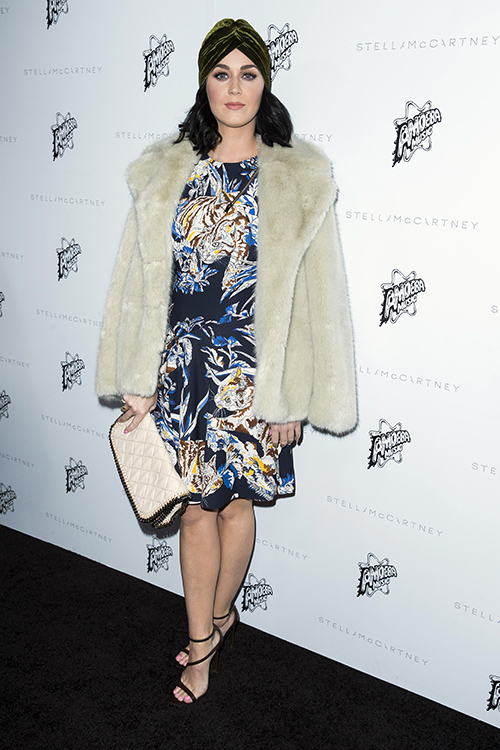 Taylor Swift and Katy Perry may have kept their feud on the down low for the last few months – but don’t get it twisted, the two divas can barely stand to share the same air with each other. At one point, Katy Perry and Taylor Swift were actually pals – but their tense friendship went sour when Taylor accused Katy Perry of poaching some of her back-up dancers for her own tour.

Katy and Taylor’s issues only escalated from there – and the feud came to a head when Taylor recruited her squad of Mean Girls to help her diss Katy in the ‘Bad Blood’ music video that nearly broke the internet. Recently, the feud seems to have calmed down a bit – but according to the most recent issue of OK! Magazine – there is no chance of Katy and Taylor burying the hatchet any time soon.

Recently, Taylor tried to publically clear the air about her feud with Taylor – after being labelled a “mean girl” and a “bully” by the media. In a recent interview, Taylor tried to explain away the “Bad Blood” video and implied that she just said it was “about a friend” because she didn’t want to upset the ex-boyfriend that it was really about.

We’re not buying Taylor’s sudden change of heart – and neither is Katy Perry. According to OK! Magazine’s inside sources close to the divas, the feud between Katy Perry and Taylor Swift is still in “Full force.” The snitch went on to say that Katy Perry’s team does not even mention Taylor’s name, nor do they even acknowledge her existence. Apparently, Taylor’s half-hearted apology and denial in her last interview was not enough to warrant Katy’s forgiveness.

What do you guys think? Is “Bad Blood” really about a boy that Taylor used to date, and not Katy Perry? Do you blame Katy for not wanting to bury the hatchet? Share your thoughts and theories in the comments below!