Taylor Swift Only Accepts Gorgeous, Successful People Into Friend Squad: Refuses To Surround Herself With Mediocrity! 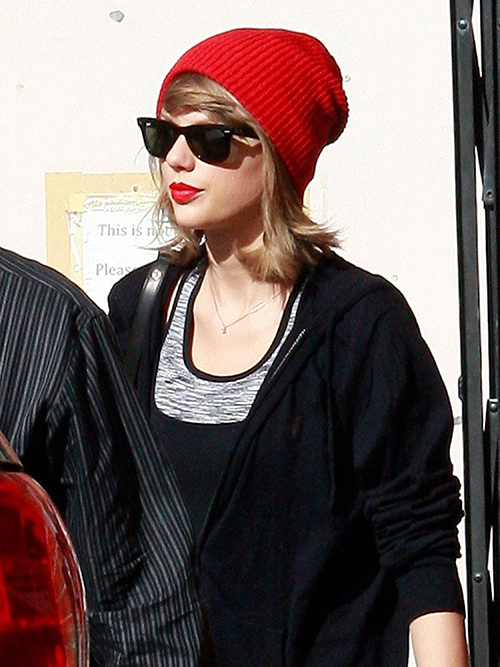 Taylor Swift prefers glamorous and gorgeous friends on the Swift Squad. Not beautiful and thin? Don’t bother trying to get into T-Swift’s inner circle if you’re merely average-looking. Ever notice that Swift’s Squad buddies are drop-dead gorgeous? Not merely pretty – the gals either are supermodels, on their way to becoming supermodels, or look like supermodels.

Apparently, this phenomenon is an “ego thing” according to an insider. An assistant recently told Star that T-Swift refuses to have anyone in her orbit that isn’t a perfect 10. Apparently, Taylor Swift is “so huge she really believes she’s above average-looking people.” Interesting, don’t you think? The Swift insider divulged that the “Bad Blood” singer wants a bunch of supermodel types wandering around with her like “beautiful wallpaper.”

In a past interview, Taylor was asked how one becomes a member of the Swift Squad. America’s Sweetheart’s trite reply was something about reaching out to people and telling them how great they are. And then somehow a friendship comes out of that. But it doesn’t appear that Taylor reaches out to a lot of normal, average people – like T-Swift fans.

There is an exception to Taylor’s “no uggos” rule. Lena Dunham has been included in the rarified circle of the T-Swift Squad. The source says Lena’s A-Okay because the actress-director-writer-producer is “successful in her own right.” Is Taylor squirreling away a super successful friend just in case? You know, just in case T-Swift becomes irrelevant and needs work?

We’re not sure if Taylor Swift is accepting applications for new Squad friends. You don’t necessarily need to be talented or smart if you want to be BFFs with Taylor. But you do need to be stunning, thin, preferably supermodel material. If you’re a Selena Gomez for Gigi Hadid lookalike that would be great! No Katy Perry types need apply!