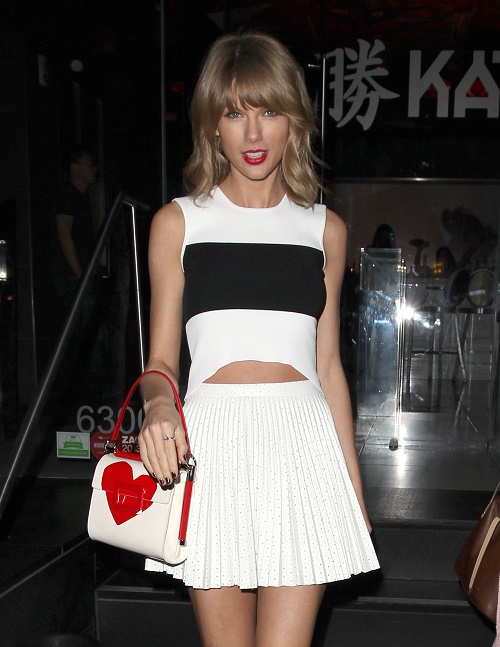 Lorde and Taylor Swift were BFFs – but not anymore. The two pop singers are in a nasty fight because Lorde doesn’t want to record a duet with Taylor! Lorde and Taylor Swift are two of the hottest names in pop music right now but you won’t ever catch them on the same track if Lorde has anything to do with it. At one point, the two singers were best friends but now their friendship has hit a major speed bump – all over a duet.

According to the April 13th edition of OK! Magazine, “Lorde may join Taylor Swift for sleepovers and shopping sprees, but don’t expect the pop superstar to invite her blond bestie in to the recording studio any time soon.” Apparently, Taylor came up with the brilliant idea that the two of them should record a duet together, but Lorde quickly shot her down. An insider dished to OK! Magazine, “Lorde loves Taylor but she thinks that their voices have completely different sounds and they won’t mesh well together. Taylor was pretty disappointed with her reaction.”

We’re going to have to agree with Lorde on this one – Taylor’s voice and her voice really would not “mesh well together.” But, who is to say it wouldn’t be a hit? Think of all of the bizarre duets over the years that turned out phenomenal. It sounds like Lorde and Taylor aren’t that different than the suburbia teen girls that fawn over their music – and they are just competing for the limelight. If Lorde and Taylor were really BFFs, then what difference would it make if their voices didn’t “mesh well?”

Would you love to hear a Taylor Swift and Lorde duet – would it be a hit? Is Lorde just protecting her career, or does she secretly not want to share with spotlight with her competition/BFF Taylor Swift? Let us know what you think in the comments below!