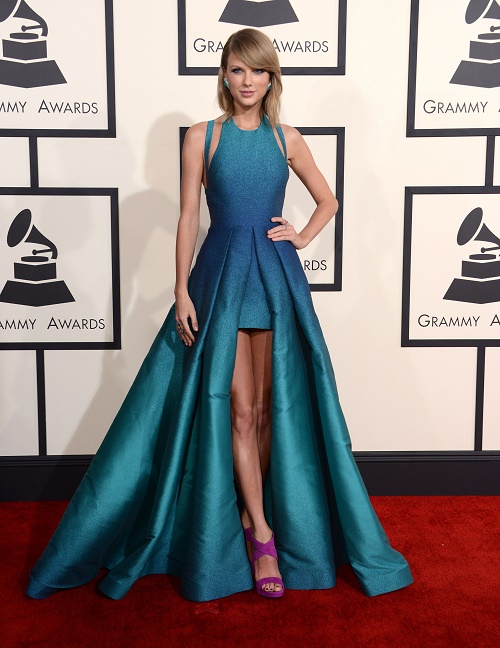 Taylor Swift and Hozier might be dating, or contemplating the dating game, after they were spotted smooching at a 2015 Grammys after party hosted by Sam Smith. Taylor Swift is always ready to jump on the latest pop star entry to the music industry, especially if he’s a cute and talented pop star. As such, it’s not a big surprise to hear that Hozier and Taylor Swift might be hooking up, especially since Taylor has been spotted attending Hozier’s concert in the past. Clearly, she’s a fan of his, and now, it seems like he’s also a ‘fan’ of hers.

A report from E! News claims that Taylor and Hozier were getting very close at several Grammy parties, with some sources saying that they looked like a couple at Sam Smith’s VIP Grammy after-party. The source explained, “They were hanging out a lot and talking with each other. They looked really cute together.”

In Hollywood speak, ‘hanging out a lot’ and ‘looked really cute together’ is code for hooking up and making out. Even if they didn’t do anything in full view of other eyewitnesses, there’s usually something going on if the chemistry is that visible. Plus, other sources claim that Taylor Swift did give Hozier a few kisses on the cheek, and they reportedly stayed in each other’s company until the early morning. In addition to that, both Taylor and Hozier were spotted together at the Haim concert a few days ago in LA, so clearly, something’s going on.

It’s about time for Taylor, isn’t it? She’s been single far too long, and even though she’s been having fun all these months and helping repair her public image, it’s astonishing that she’s gone so long without an official boyfriend. Is Hozier her next target?

What do you guys think about Taylor Swift and Hozier possibly dating? Are a few kisses enough to tell? Or will Taylor tell the whole world once they are ‘officially’ dating, if they ever get to that stage? Let us know your thoughts in the comments below.