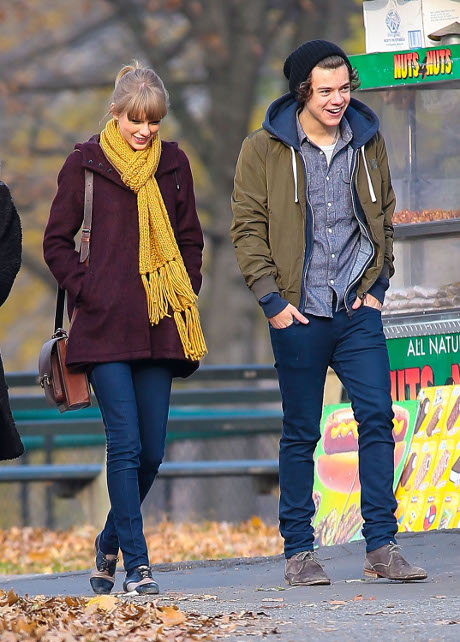 Are you ready Taylor Swift fans? I’m going to go out on a limb and guess that these last few days have provided a bit of lyrical inspiration for the blonde songstress. On New Year’s Eve she was ringing in the occasion with Harry Styles, kissing him at midnight as if it would last forever. Three days later she was high tailing it out of the British Virgin Islands absolutely furious with her soul mate of two whole months. Now comes confirmation that all of Taylor’s talk of marriage and babies was a bit premature because Harry is having none of that. In fact the 18-year old was heading to Richard Branson’s paradise island where the drinks are free flowing and the parade of bikini’s is absolutely endless.

It’s over for Taylor and Harry. Done. Now what? I mean you know what comes next right? It’ll be the break up song of the year. Taylor will release it this fall and it’ll all be about that little boy bander that cheated and lied and never deserved her hand in marriage anyway. Can you already hear it? I can.

Here’s my question though. What does Taylor do to sabotage each and every relationship that she has? I mean besides publicly hinting about marriage and baby carriages — what else is it? Harry’s band mates hated her. Back when she was dating one of the Kennedy boys, the Kennedy women hated her. There is a reason why the people around her current man (whomever he might be) can’t stand her!  Maybe her next album will contain a hit single that gives us a clue. I know I’d love to hear all about it, wouldn’t you? Tell us your thoughts about the Taylor Swift/Harry Styles separation below!