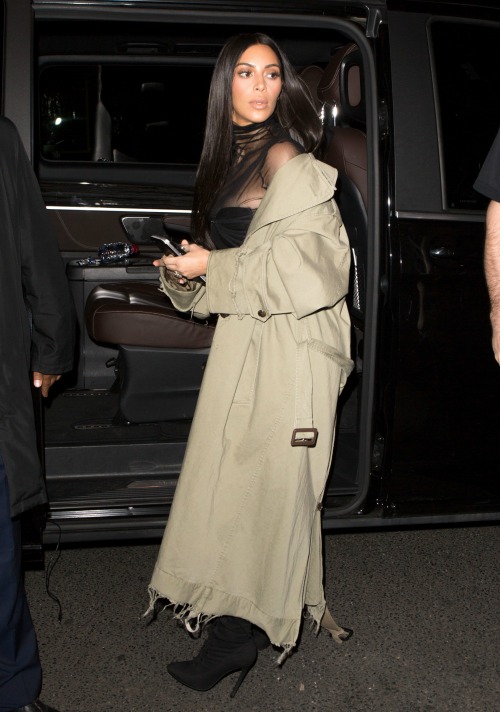 Kim Kardashian has reportedly been robbed in her Paris hotel room. Multiple reports indicate that five masked men posing as police officers held the reality television star at gunpoint and took one of her two cell phones and approximately $10 million dollars worth of jewelry on Sunday night.

According to People Magazine, Kim was in the French capital for Paris Fashion Week when the men dressed as police entered The No Address hotel in the middle of Sunday night and allegedly threatened the hotel concierge. They then made their way up to Kim’s room, where the celebrity mother-of-two was allegedly tied up and locked in her bathroom as they took all of her jewelry, including a $4 million dollar ring.

Kim’ spokeswoman claims that she was “badly shaken” but was unharmed during the robbery while a Paris police official says that the five masked men took off from the scene on bicycles. Kim Kardashian has made no comments about the burglary on her social media accounts, although her husband Kanye West abruptly stopped his concert at Citi Field in New York City, telling his fans midway through his performance of ‘Heartless’ that he had a family emergency.

And while the Kardashian family has remained relatedly quiet about the incident, Some fans and critics alike are already questioning the authenticity of the story.

If that weren’t enough, Kim’s personal bodyguard was supposedly pictured with Kim’s sister Kourtney Kardashian on Sunday night, indicating that he was not with Kim during the rime of the raid. Tell us CDL readers, what do you think?

Let us know what you think by leaving your thoughts in our comments section below and of course, check back with CDL for all the latest updates on Kim Kardashian and all of your favorite celebrities right here.