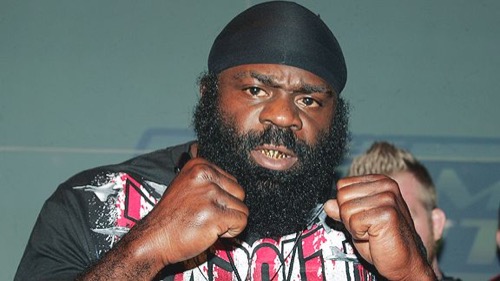 MMA fighter Kimbo Slice is dead at 42. According to TMZ Sports, Slice was rushed to the hospital on Monday. The medical facility was located near his home in Coral Springs, Florida. Slice died hours later. An exact cause of death hasn’t been determined, but we’ll give you updates as we learn more.

Slice, whose real name is Kevin Ferguson, shot to fame in 2003 when he posted online videos of backyard fighting. He crushed the competition in his unofficial street fights and those vids led to a major deal. Slice signed on to fight in the UFC and later became one of the most popular MMA fighters of all time.

Back in February, Slice defeated Dada 500. However, the victory was short-lived. His win was overturned when he failed a test for a banned steroid. Nevertheless, Slice was a legend in the minds of his fans. He even dabbled in acting when he played in “The Scorpion King 3: Battle for Redemption.”

Bellator MMA’s CEO provided confirmation on the news of Slice’s passing. In a statement, he noted that the Bellator family is “shocked and saddened by the devastating, untimely loss of Kimbo Slice.” He went on to say that Slice was “a friendly, gentle giant and a devoted family man.”

It seems Slice was a fighter in the cage, but a lover outside it. Sports fans are buzzing about Slice’s death and the superstar status he leaves behind in the MMA world. Slice’s family, friends, teammates and fans will all have to say a sudden goodbye. Stick with CDL for the latest news on Kimbo Slice’s cause of death and updates on his funeral arrangements.