Kourtney Kardashian and Scott Disick Back Together: Couple Reunite in Nantucket 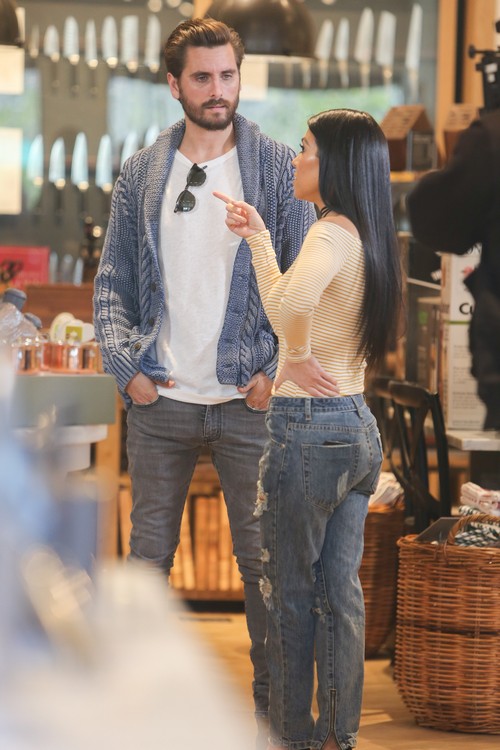 What’s more, many fans can’t help but wonder if a Kourtney Kardashian and Scott Disick hook-up might be in the works, as they’ve been secretly spending a lot of time together while trying to avoid the paparazzi cameras at all costs. Obviously, Cape Cod would be the best place to do it as the Kardashians can’t even step out of their homes back home in Calabasas, Calif. without being followed everywhere they go.

According to TMZ, Kourtney Kardashian and Scott Disick are staying in a 7 bedroom, 7 bathroom Cape Cod mansion with their three children, Mason, Penelope and Reign. And it doesn’t look like Kim Kardashian’s older sister has any plans on returning home to California soon as she’s been sharing multiple behind-the-scenes photos of her new pad on her social media accounts.

Scott Disick hasn’t said anything about his reconciliation with the mother of his three children, although he did hint that he’s on good terms with Kourtney Kardashian by posting an Instagram photo of her at the beach in Cape Cod.

Now, if Kourtney Kardashian and Scott Disick are hiding their relationship from the media, it means one of two things: the couple has been fabricating their drama for the sole purpose of generating gossip headlines or that they, just like many other couples in Hollywood, are living separately, but are still together. Either way, something is up, but they are just not willing to come clean with the truth.

Kourtney Kardashian and Scott Disick’s relationship throughout the years has been one wild, emotional rollercoaster ride but they haven’t given up on each other yet. Of course, with three children between them, they are at least keeping their commitment to co-parent their kids together.

But fans shouldn’t be surprised if Kourtney Kardashian and Scott Disick’s romance heats up again. After all, anything can happen when your with your ex in a multi-million dollar mansion in Cape Cod. The only question is, are they willing to tell let the world in on their secrets? What do you think, CDL readers?

Trying 2 catch this snapper in front of me. Meaning she’s trying 2 snapchat.